Adam Szymkowicz on Writing, Inspiration and His Current Production: The Why Overhead 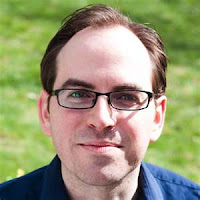 What was the inspiration for THE WHY OVERHEAD?

It is loosely based on my time working in offices.  And the times I have left my old life to start a new one in a new city or town.  (I've spent a little time in a lot of places over the past few years but I keep coming back to NYC.)

How do you like to work with your collaborators?

I'm pretty quiet during rehearsal and give notes after to the director--usually the kind of notes that are like this part isn't working--it should be more like this.  When stuff is funny, I laugh loudly.  I'm very clear on what I like and don't like but it's important to have good timing with that sort of thing. I am the expert on what I think is good.

How did this production come about?

I gave Matt a play and then he said we want to do this play but by then someone else already wanted to do it.  That happened twice.  Then I gave him The Why Overhead.

The video of Jimmy Fallon and the Roots singing Call Me Maybe with the girl who sings Call Me Maybe.
http://www.youtube.com/watch?v=lEsPhTbJhuo

It's so simple and full of joy.

Both but not at the same time.

How did you get involved in theater (and become a playwright)?

Between the ages of 6 and 20, I was in at least a play or two a year almost every year.  I loved the theater but I wasn't really enjoying acting.  I still get bored of the repetition and am not usually around for the middle two weeks or week and a half of rehearsal.  In college I started writing plays and then I never really stopped, although I have taken a few months off here or there to work on a film script or write for TV.   But I'm pretty much always trying to write something or bring to life something I've written.

Next up is Hearts Like Fists with Flux Theatre Ensemble in Dec.  It just came off a very successful sold out run in LA by Theatre of Note and I'm excited to have it happen in NYC.  UBU also happens in Dec with TerraNOVA and One-Eighth.  And then Clown Bar follows soon after with Pipeline Theater.  There may be a couple others this spring in New York but they aren't confirmed yet.  And I have a web series called Compulsive Love that will be on the internet sometime soon, I hope.

As for me,  I leave on the 9th to go to the Inge Center to teach playwriting and write and live in Inge's childhood home for 9 weeks.  One week will be working on my musical, a version of the lesbian pirate play I wrote that is being composed by Dan Moses Schreier and lyricized by Matt Sherwin.

Come see The Why Overhead.  The cast is hilarious and will break your heart.