"Everyone has their own process and it's vital for you to do whatever you can to respect that process and find a way to generate more work."
-Jeffrey James Keyes
Playwright

Do you or did you believe that the End of Days is coming?

You know, I'm not sure what to think.  I've always been interested in apocalypse stories and speculation about the End of the Mayan Calendar.  I grew up Roman Catholic and went to Catholic schools from kindergarten through college and became fascinated with the Book of Revelation at an early age.  The ideas and themes illustrated in this text and complimentary documents have all led me to believe that the idea of "The End of Days" as discussed in the pop culture and the media is an over exaggerated conceit.

I personally feel that the End of the Mayan Calendar, whether it's in December 21st, 2012 or sometime much later is an important topic for societal discussion.  They Mayans were brilliantly intuitive; I personally interpret all of this as more of a shift.  The world is already changing in a variety of ways: continental drift, geomagnetic reversal, earthquakes, hurricanes, volcanic eruptions. 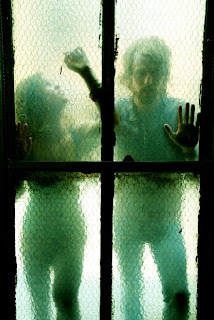 University and Galen Halverson from Toulouse, France who are shining light on the pole shift theory, a hypothesis that the North and South poles have been moving and the Earth is moving on a different axis.  These geologists have revealed the north pole has shifted over 50 degrees in the past 20 million years.

I believe geographical and environmental shifts can stimulate and depress communities depending on the magnitude and circumstance of the event.  Subtle planetary movement and shifts certainly can rile up both individuals and communities and create instability and chaos.  The Mayans were brilliant astronomers and scientists, could they have possibly predicted a catastrophic event like a major earthquake or volcanic eruption?  It's possible but who really knows.

I am interested in this discussion, of how all of these concepts affect our relationships and plays a part in our everyday lives.  I was thinking about all of this late at night while I was staying at the Hotel d'Angleterre in Copenhagen on a work trip.  I jotted some quick dialogue between two characters, "Nina" and "Kitt" on the back of a postcard and mailed it to playwright Jason Gray Platt, who was one of my classmates at Columbia.  I spent the rest of that night writing the first section of The End of Days.

Briefly, since you described it nicely in Adam Szymkowicz's kick-ass blog, can you tell us what your play End of Days about?

Kitt, a world-renowned photographer, has spent his days globetrotting and on a quest to capture the perfect image. But in his years on the road, he has never been able to escape a haunting desire for his original muse, Nina. Back on location in New York City, with the urgency of the end of the world, Kitt seeks Nina out and shows up at her door. Deeply moving, funny and timely, The End of Days invites you to imagine what steps you might retrace if you only had this one last chance. 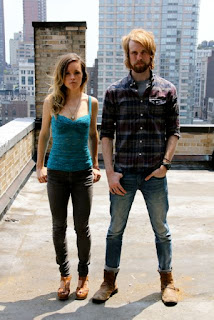 I know you were reluctant at first about participating in the Fringe, what changed your mind?

My apprehension about participating in the New York International Fringe Festival wasn't about the Fringe itself, it was about self-producing.  I was over the moon when I found out The End of Days was accepted into this year's festival.

Over the past few years I've presented dozens of readings, workshops, and one-act festivals but this is the first time a full-length play of mine will be performed.  When I started going through the paperwork for the festival I became overwhelmed by the cost of self-producing.  I drew up a quick budget and my head started spinning so much that I threw up my arms and became defeated.  I went from a place of being excited and thrilled to anger and indifference and decided to not do the festival.

I stayed in this place for a good week until something happened, Maribeth Fox called and asked if I would grab a quick lunch with her.  As I was getting ready to head downtown my boyfriend told me she was going to tell me something important and that I better listen.  Maribeth told me she wanted me to do the festival and with the help of both of our significant others, Jonah (her two-year-old son), and our community of family and friends we could lay the groundwork and produce The End of Days.

How has your experience been so far?

My experience with the Fringe has been nothing but wonderful.  We will be presenting The End of Days in the historic Soho Playhouse, where Edward Albee, Sam Shepard, and Lanford Wilson premiered some of their first works. I'm blown away by how many of my friends and family have reached out and volunteered to help out.  Elena K. Holy, the Producing Artistic Director who has overseen FringeNYC since it's inception, has welcomed our company with open arms and has been nothing but professional and accommodating.

FringeNYC is the largest multi-arts festival in North America, with more than 200 companies from all over the world performing for sixteen days in over twenty venues.  This year is the 16th Anniversary of the festival.  The other day I went over to FringeCentral at 1 East 8th Street to drop off a bottle of vodka for the festival's organizers and volunteers and was blown away by how many people were down there working so hard to put on this year's festival.  It's really an exciting program to be a part of.

One of your producers is two years old. Can you share some of his wisdom with us? 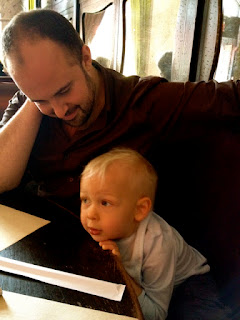 Jonah is the sweetest little man.  He likes swings, beets, and the color red.  Jonah is kind, fair, and encouraging.  His parents want to teach him the importance of service, helping others, and how important it is to be well-rounded.  There is an adorable Q&A with him on NYTheater and he made a fun video for our RocketHub campaign.  Meet Jonah here.

How did you find your actors and director and have you worked with them before?

Terry Berliner has become a dear friend over the years, she worked with my boyfriend on the Broadway productions of The Sound of Music and The Tale of the Allergist's Wife as well as several projects with Manhattan Theatre Club.  We teamed up artistically when she directed my short play, Room 407, at 59E59 a few summers ago.  Casting Director Maribeth Fox took the lead with introducing us to a bevy of extraordinary actors.  We ultimately went with Adam David Thompson and Libby Winters because they incredible actors and perfect to play Kitt and Nina.

You got your MFA from Columbia. What was that experience like and do you recommend it for young playwrights?

I graduated from Columbia University's MFA Playwriting Program and couldn't recommend it more.  Charles L. Mee, Jr. and Kelly Stuart facilitate a dynamic and invigorating program that takes a pragmatic approach, stressing the process and development of a writer's skills, with the understanding there isn't just one way to write a play.  Chuck and Kelly's playwriting workshops took us on an exploratory journey through our own individual writing process with continual references to relevant and complimentary art and literature.  In the first two years of workshops I was able to study under some of my favorite writers: Deborah Brevoort, Sheila Callaghan, David Grimm, Jamal Joseph, Malia Scotch-Marmo, Frank Pugliese, and Lucy Thurber.

I took six classes each semester, was president of the Arts Student Council for the whole School of the Arts, and had a handful of on and off campus jobs to make ends meet.  In my final year of graduate school, I did two internships and worked on writing The End of Days under the mentorship of playwright David Lindsay-Abaire.  I made a choice to go back to school because I wanted to focus on taking the time to dig deeper into my own process and investigating how I could find more efficient ways to tell my stories.  Everyone has their own process and it's vital for you to do whatever you can to respect that process and find a way to generate more work.  My experiences in and out of the classroom while I was at Columbia propelled me to generate a significant amount of work so I'm extremely happy with my decision to go.

Both, with vanilla and whipped cream.

How do you keep sane? (be honest)

I have an amazing family and the best friends imaginable.  I put a lot of love out into the universe and try to surround myself with people that have good energy. Chris Eleftheraides, our lead producer, is also my significant other. If it wasn't for him, I don't know how I would get through everything.

How do you keep insane? (lie)

I plead the fifth.

Any thing you want to add? (plus show details) 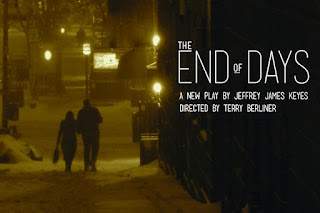 Tickets for The End of Days, opening on August 15 at the Soho Playhouse, are now available through the FringeNYC or by calling 866.486.7619. Advance ticket prices start at $15.  We have five performances from August 15-25.  I hope you will all come check it out, I will be there for every performance so please say hi and introduce yourself.  Please visit our facebook page and follow us on twitter @endofdays2.

In addition to The End of Days, I am also participating in two amazing playwright happenings this month.  I'm one of over 415 playwrights who will be writing a short play every day in the month of August in 31 Days, 31 Plays.  I'm always up for a challenge like this.  I'm additionally teaming up with Theaterspeak for the Write Out Front: A Playwright Happening from August 13-September 1, creating awareness to the time, space, resources, and support that playwrights need to work and grow.
Posted by Unknown