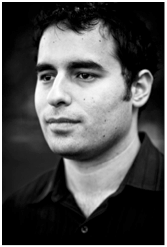 Who is Poetic Theater Productions?

I'm Jeremy Karafin, the founder of Poetic Theater Productions and Co-Artistic Director with Alex Mallory. Poetic Theater Productions' is an award winning theater company committed to working with poets and playwrights to create a visceral, poetic theater. Since our founding in 2010, we've worked with over 150 artists presenting work by over 25 poets and playwrights, creating work that addresses social justice causes, and developing a community of artists and audience inspired by this powerful art form.
How did you come about?

JK: I founded and produced the first three years of a major spoken word festival in California called the Kinetic Poetics Project which is now in its 10th season. I moved to New York to work in theater again and connected with several of the poets I had previously worked with who had also moved to New York. We started the company by presenting spoken word showcases, and after adding Alex Mallory as Co-Artistic Director, made our leap into producing full poetic plays including our award-winning and critically-acclaimed production of Goliath by Takeo Rivera and directed by Alex Mallory.
How can people/artists get involved with PTP?

Email us at submit@poetictheater.com! We love finding a way to work with anyone who is enthusiastic about poetic theater. This summer we are continuing our "Poetic Theater Productions Presents..." series of short poetic theater pieces and excerpts from longer plays and all submissions are welcome! We love hearing from actors who have a background in spoken word or poetry, and we are currently looking to expand our administrative and marketing team so we definitely would love to hear from anyone interested.
What are your backgrounds?

JK: Other than the Kinetic Poetics Project, I studied theater directing and producing, and American identity, culture and politics at the University of California, Santa Cruz before working on political campaigns and advising students in television broadcasting and student media. I moved to New York to dive back into social justice driven theater. I've worked in development or administrative support with Houses on the Moon theater company, the Penguin Repertory, Intersections International, Co-Lab Arts, InProximity Theatre, Page 73, Play Co., and Culture Project. I am also the Assistant Manager at the Wild Project. 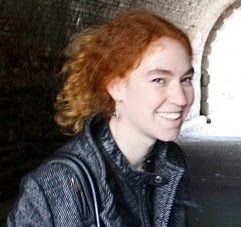 AM: I am a director, although my favorite work has always been self-produced as well. Perhaps appropriate for someone who loves theater that plays with language, I have worked in the literary departments at The Public Theater, Berkeley Repertory Theatre and Magic Theatre. I've developed work at the Lark Play Development Center, New Georges, the Samuel French Off-Off Broadway Short Play Festival, Primary Stages and the Wild Project. I am also the Associate Producer for Women Center Stage with Culture Project. While at Stanford, I founded the Stanford Theatre Activist Mobilization Project, studied Drama and sports fandom, and surrounded myself with rocket scientists.

We're both California transplants, which means that we're really good at making other people think we have everything under control. :-)
What's next?

May 23rd-June 3rd, we are bringing back our award winning production of Goliath and our new hip hop theater production of Underground by Edward McWilliams at the Wild Project theater (195 East 3rd St.).

We are extremely excited to be presenting Foreign Bodies and Faith with Culture Project as part of the Women Center Stage 2012 Festival. Caroline Rothstein has been with Poetic Theater Productions since the founding of the company and her work has always been inspirational. Her personal story has become a powerful voice supporting the effort to draw more attention and resources to address this deadly and often ignored mental illness. Eboni Hogan is one of the first poets I saw perform after moving to New York and I am thrilled to finally have this opportunity to work with her. She has written a beautiful play that Alex saw a reading of in September - Alex immediately called me and said "we have to do this play". We are extremely proud to be producing it as part of Women Center Stage! 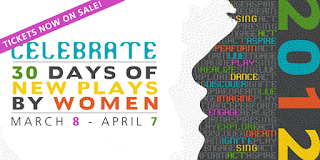 FOREIGN BODIES and FAITH are part of Culture Project's Women Center Stage Festival. You can catch them Tuesday and Wednesday, April 3rd and 4th at The Living Theater, 21 Clinton Street between E. Houston and Stanton Street. Tickets are $18. You can purchase tickets online or call 866-811-4111.