Where's MoM? On the Road. MoM - A Rock Concert Musical 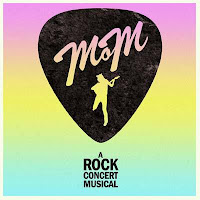 "MoM is about ... the age old conflict between behaving responsibly and wanting to jump off the deep end. It's just not a mom thing."  - Richard Caliban, Playwright and Creator
What was the inspiration for MoM - the Rock Concert Musical?

The inspiration for MoM was seeing the trend towards rebellion expressed through rock and roll and sex. Web sites for Moms Who Rock, Rocker Moms, and on and on are all over the internet. And it's different then middle aged dads playing in garage bands -- there's a feeling of asserting oneself, redefining roles, etc.
And then in the main stream shows like Desperate Housewives were responding to what seems like a general trend towards sexualizing middle aged married women. A lot of it's silly and exploitative but where there's smoke there's fire and it seems like middle aged women, moms in particular are going through something of a revolution. The days of Donna Reed are over.

What is MoM about?

Casting MoM was incredibly difficult. It took months. Casting a normal musical you have to find people who can, of course, sing and act the parts -- but with MoM they also had to be able to play as a band. Harder than I thought. Sometimes I'd find a really great musician but she couldn't act. Or the perfect actress but she couldn't play an instrument.
How do you like to collaborate?

I like to collaborate, especially with something like this, by giving ownership of the material to the actors. Perhaps it's a result of my hippie beginnings in ensemble theatre, but I think of the cast as co-creators, not as mercenaries hired on to carry out my grand plan. I rarely tell them what to do and am more likely to ask them what feels best to them.

As a result, I tend to get performances -- in MoM and in other works of mine, where people ask me if I wrote the part for that actor. For instance, people are often surprised that I wrote the songs for MoM -- and I think that's because the cast has had the freedom to personalize the songs, to adapt them and mold them to their own inclinations and strengths. 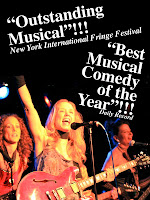