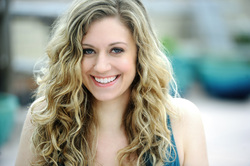 "Find your playwrights."
-Anna Van Valin, Actress
It is incredibly powerful for an actor to crack open a classic play and jump into the legacy of words that great actors before them have spoken. But there’s nothing quite like the artistic high of being the first actor to ever speak the words of a new play, in a room with the first audience to ever hear it, and witnessing the playwright watch her play (which she’s usually been flagellating herself over for years) inhale and exhale for the very first time.

The relationship between playwrights and actors is a mutually beneficial codependency.  We need each other, by nature, but if an actor can find a playwright that writes her voice, there’s no better relationship to invest in. I have playwrights that I have worked with over and over again, and hopefully will for a long time. The trust that an actor-playwright bond creates lets both of them feel safe to take bigger risks, go deeper with the work, and show each other off in the best way.

With an actor-playwright combo, your different functions mean that there’s no twinge of competition (or at least comparison) that often exists in even the best actor-actor partnerships. You can commit your best work and know that each one of your success is only benefitting you both.

Collaborating with playwrights will also teach you a thing or two about keeping your ego in check - and plenty about heartbreak.  Many an actor has shown up to rehearsal and been handed new pages, only to find their favorite speech cut or their character’s arc totally diverted. Fighting for your character is valid, but so is knowing when to relent for the sake of the play.  Have a private funeral for that awesome speech about your character’s prom night virginity-losing epiphany that was cut, and let it go.

Earlier in the year I was hammering away at a line in a new play that just wasn’t working. In a classic actor-ego spasm I was convinced that if I was a REAL actor, I could make any line work.  I kept insisting, “I can do it, don’t change it. I can do it.” The playwright finally said, “Anna, it’s not you, it’s the shitty line.” I conceded, with the appropriate amount of self-loathing, and he replaced it with a much stronger line that became the emotional center of the play.


In the end, we all just want to work. Despite the fact that Broadway is choked with revivals of revivals and derivative musicals, for actors, new work is where the work is. Readings turn into workshops which turn into productions. New plays usually have hot emerging directors working on them, with whom you can also develop long-lasting partnerships.  They get the community excited to come out and see you – your off-off-off Broadway production of your own translation of an obscure Strindberg play might be awesome, but no one’s going to see it but your Mom.


So find your playwrights. The ones bearing witness to what you are going through, the ones who write your voice, the ones who are telling stories that are aligned with your passion and values. Advocate for them. Rise together. Just make sure you give them their highlighters and binders back at the end of the day.

Anna Van Valin is an award-winning actor and filmmaker living in New York. She recently wrote, produced and starred in the film festival hit "Take it Off." She has worked with Primary Stages, Theater for a New Audience, Atlantic Theater Co., and Trinity Rep Company, among many others, and her writing has appeared on Indiewire's "Women and Hollywood."
Posted by Unknown