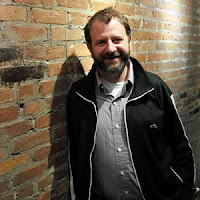 
I spoke with TV writer, playwright, and librettist Jason Grote (MAD MEN, SMASH, HANNIBAL) about his upcoming online TV writing class, and what the differences were between writing for TV and the theater, as well as how he got his first break, and how all this translates into an awesome writing class.

“I was always interested in TV but had no compelling reason at the time to pursue it,” said Grote, who, upon graduating from NYU’s MFA Dramatic Writing Program, stepped into a full-time teaching job at Rutgers University. But then, due to cutbacks, he needed to find something else, so Grote started asking everyone he knew for tips on how to break into television. “I had a toddler running around and needed income and health insurance,” explains Grote. One of the people he asked was prolific playwright and TV writer Theresa Rebeck (NYPD BLUE, LAW & ORDER, BROOKLYN BRIDGE). “She knew my work well, and I knew hers, so it was natural.” A short time later, when Rebeck was staffing her new show, SMASH, he got the call.

“It’s still writing,” says Grote, “you just have to write a lot faster.” Grote was given the opportunity to create a character for Bernadette Peters, go on set, and, as he put it, “work with really amazing people.” And how is it in the room? “It’s a business, and there’s a lot of money at stake, so there’s also more pressure. You need to have the ability to collaborate and talk your ideas out, to be vocal about them, and ultimately, you have to be able to really listen to the showrunner.”

Grote’s former student, Christopher DeWan, studied TV writing with Grote a few times.  They met through their mutual friend TV writer and playwright Sheila Callaghan (SHAMELESS, CASUAL, UNITED STATES OF TARA) “This more recent time that I took Jason's class, I knew that I had to write a pilot very quickly for something I was working on, and I knew it would be great to have the deadlines, and the readers, and the support.” DeWan was able to complete his pilot, put it in the hands of the people who wanted it, and is keeping the good news under wraps until it becomes official.


“Most people don’t know how to really talk in the way that people talk about ideas in TV,” says Grote, “so that’s one of the things we work on in class.” Grote gives a seven-step pitch outline which students apply to their ideas, in order to flesh them out. “There are things that he talks about, in terms of what you need for a pitch, that I haven’t heard anywhere else,” says DeWan. “It’s clarifying in terms of selling your idea to someone else, and also in terms of when I’m writing, if I start to lose my way, it’s a great beacon for getting unlost.”

Another student of Grote’s, Krista Marushy, who has a master’s degree in playwriting agreed. “It was the most challenging part for me, but it was a great stretch. I had an idea was very abstract and the challenge was to crystallize it and to communicate it. He was upfront and said the idea was tricky, but I really wanted to do it, so he was supportive. People who had a more specific idea had greater success. What I got most was practicing. Now I know to come up with a better concept from the beginning.”

The pitches are gone over in the class and feedback is given to strengthen and hone the ideas, then the writing begins. People will bring in pages and, says Grote, “it’s great if its 10 -15 pages, at least, so we have something to work with. By the end of the class, some people have half of their hour-long pilot written, some have a whole episode of a half-hour comedic drama, and some people work on a web series.”

Another component of Grote’s class is analyzing five produced pilots which include TRANSPARENT, THE HANDMAID'S TALE, MAD MEN, BREAKING BAD, and THE SOPRANOS.

“Jason is pretty much the best person I’ve ever seen at reading scripts closely.” DuWan used to work as a dramaturg in new play development at a variety of theaters in New York and L.A. so knows his way around a script, nevertheless, he is effusive when speaking about Grote’s ability to analyze the work. 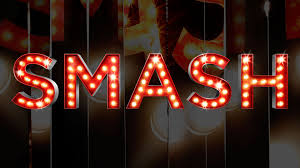 “Each week, he’d zoom in on a different pilot and look at how the script was built on a very deep level. He would talk through the pilot, making sure we knew what the screenwriter was doing, and why that was a smart thing to do. And then, he’d supplement that with anecdotes from his own experience so, in the case of looking at the Transparent script, we’d look at how they solved a particular problem in the script, and then Jason would say, ‘on Mad Men, we faced a similar issue and solved it this way.’ He’d read it closely enough and smartly enough so that you could hopefully make your script work as well as some of these produced pilots.”

Marushy agreed. “I loved reading a bunch of shows you’re familiar with, and then going and seeing what changed from the script to the show. It was really practical. He really unpacked things.”

DeWan adds,” Many classes spend so much time on the work we’re generating in the class that they don’t take the time to look at the craft of people who are doing it well. I’ve never seen anyone do it as deeply and as smartly as Jason.”

The last class is devoted to the business of getting in the business. “Not everyone comes to TV from a writing background,” says Grote, “or they come to it in middle age, so they may not want to be a production intern. We talk about those issues - everything from learning how to navigate the business, breaking in, taking a meeting, building a network, and working in a room is discussed.”

“He’ll tell you what’s going on behind the scenes in a realistic way,” says Marushy. “He gives ideas on where to take the next step. Several people had specific questions on where to take certain projects and he was a resource for that.”

DeWan agreed. “Hearing him talk about working with a manager or questioning if I could be doing my meetings differently based on something he said - just getting a glimpse into how somebody else is doing it, is invaluable.”

“All the successful writers that I know are always working,” says Grote. “They are always writing, in rehearsal, in development. Even if they’re staffed, they’re working on the next thing. It’s just the nature of the business. There’s a lot of opportunity now.”

Knowing how to access that opportunity and work successfully within it, is what’s Grote’s class is all about.

Theaterspeakers get 10% off of Jason Grote's class if you register by February 18th! Info below. 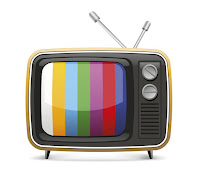