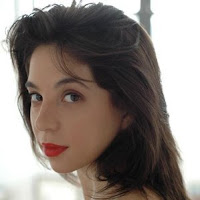 "...the only survival tools these people have are instincts and violence..."
-Hilary Bettis
Playwright

What was the inspiration behind Alligator?

Poverty, living with an alcoholic, caring for a close friend who was dying, feeling hopeless and lost and needing to find something in that chaos.

You have said that you start with place when writing a play, how did this place and setting inform the rest of the play?

Place is always the first (and largest) character in anything I write. Environment determines everything. What kinds of resources do or don't exist, what obstacles come with place, etc., and everything else stems organically from that. Alligator is a play about survival, and the Everglades is a harsh environment to live in -humidity and heat, invasive pythons and anacondas, blood-sucking insects, and it's the only place in the world where alligators and crocodiles exist together. People who call the Everglades home inherently understand that it takes real grit and unapologetic instincts just to survive. The Everglades becomes a huge metaphor for what these people are struggling with emotionally, and the tragedy of the play stems from that, too. Because the only survival tools these people have are instincts and violence, they don't know how to communicate the love and vulnerability they're all desperate to express.

I remember from when you participated in Write Out Front you said that you like to write in the wee hours. Is that still the case? How do you juggle new writing projects with being a staff writer on The Americans?

Ha! Nope, not anymore. That was a luxury of getting to write on my terms. Writing for TV means I'm at my desk in the AM m-f, 40 plus hours a week. I don't mind it, though. I actually get a lot more done. I have a fair amount of down time, so whenever I have a free hour or two I work on other projects. I've also had to learn how to be fast. Nothing is precious anymore, and I think that's a good thing. I used to treat playwriting like it's "high art", but really, that was a way of only writing when I felt "inspired". Being a professional writer means you write whether you're inspired or not, and in doing so, I've gotten much much better. I'm more efficient, I'm not married to any one idea, which means there's always room to grow and I have to trust my craft and instincts.

How did you meet your director Elena Araoz? How do you collaborate together?

Elena and I met in 2012 at the Great Plains Theatre Conference. She directed a reading of Alligator there, and we hit it off. I was really drawn to her as a director because of her background in Opera. She understood the musicality and epic nature of the play.

Collaboration is really like a marriage. You have to constantly be checking in with each other, even on things that feel little or mundane. The moment one person starts making decisions without talking to the other, is when resentments and assumptions creep in that can color everything. We really learned to be vigilant of that, and make sure we were talking daily.

What was the development of Alligator?

This play has had a very long and winding road to get here. It was the third play I ever wrote, and it's taken me a lot of years of writing other plays and learning craft before I knew how to rewrite this play. I wrote an early first draft in 2010, did more readings and workshops than I can even count, and then put the play in a drawer for years. It's one of the first plays I wrote, and there's a rawness to it that I sort of love, even though it doesn't fit into the mold of a "well-made" play. That's something that felt important to hold onto, even though I know it's something theater critics will see as a "weakness".

What do you do to organize yourself while working on multiple projects?

I'm still figuring out how to do this so if you have any tips or advice, please let me know. Deadlines are everything.

Just keep writing and throwing it out to the universe. That's all you can do. I have a few TV projects and a feature in development, so those will take up most of 2017. And I'm working on a commissioned adaptation of Miss Julie called Magic City that'll be done in Miami next year.

Our run is almost sold out, so get your tickets soon!

ALLIGATOR is presented by New Georges in collaboration with The Sol Project at the Jeffrey and Paula Gural Theatre at the A.R.T./New York Theatres (502 West 53rd Street and 10th Avenue) November 27-December 18 with performances until December 16th.Get your tix here.