Playwright Jason Grossman on The Ballad of Rodrigo 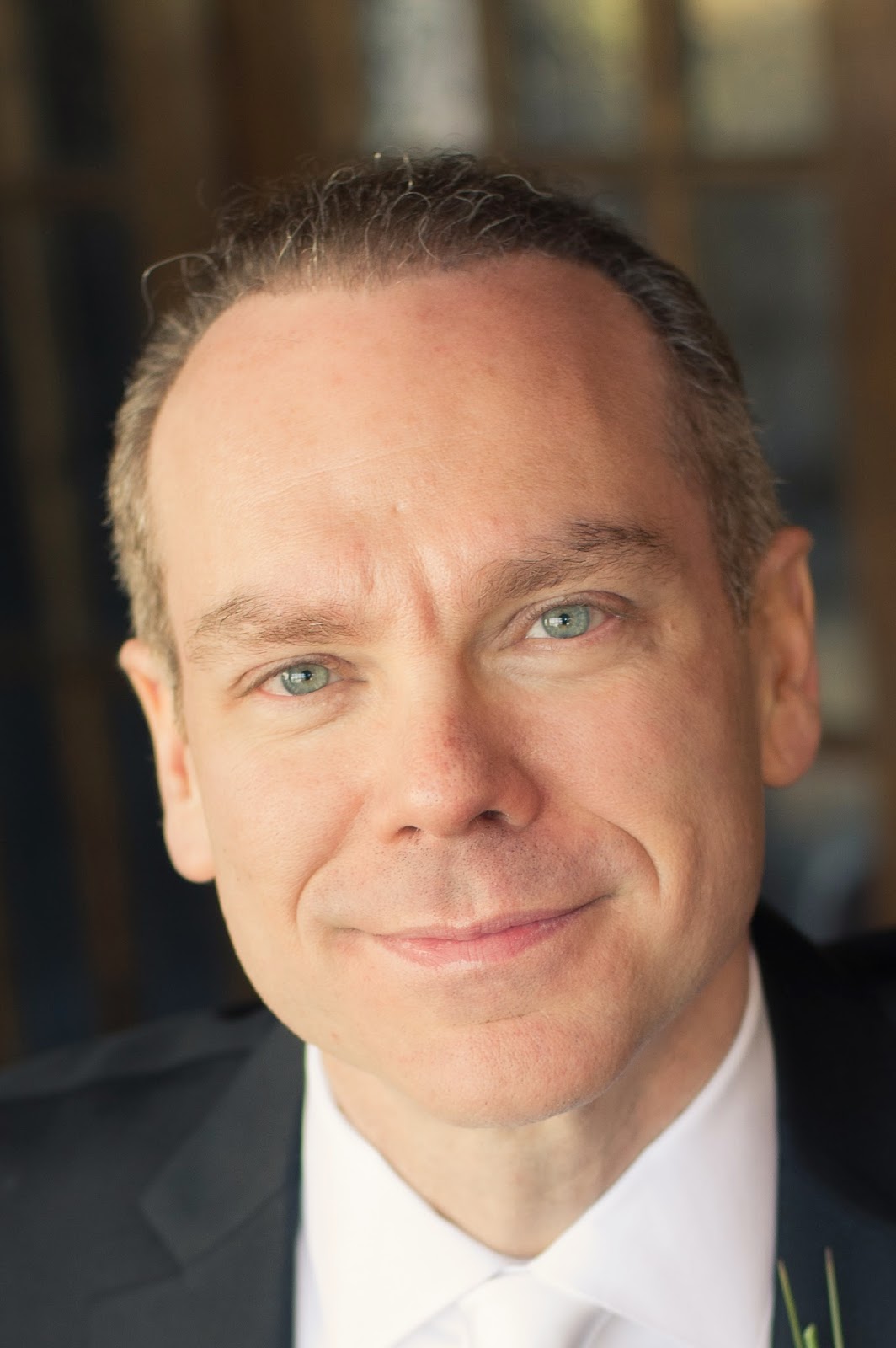 "It's about the masks we wear, the secrets we keep and the lies we tell the world and ourselves."

- Jason Grossman
Playwright of The Ballad of Rodrigo

What is The Ballad of Rodrigo about?

It's the neo-noir thriller sequel to my play Doubles Crossed. A theatrical re-imagining of the film noir dramas of the 40s and 50s. Suspicion and secret alliances underscore the gritty story of criminal-turned-G-man Freddie Tower and the past he can’t escape. The play is an homage to not only the golden age of film noir (Killer’s Kiss, The Killers, DOA, etc.), but to the neo-noir films made since (Memento, L.A. Confidential, True Romance, The Cooler, etc.). This play is a hybrid between the two, but it's a modern tale. It's about the masks we wear, the secrets we keep and the lies we tell the world and ourselves. Oh, there are a lot of guns. I would also like to note that audience members need not have seen the first play to enjoy this one.

What was its development? 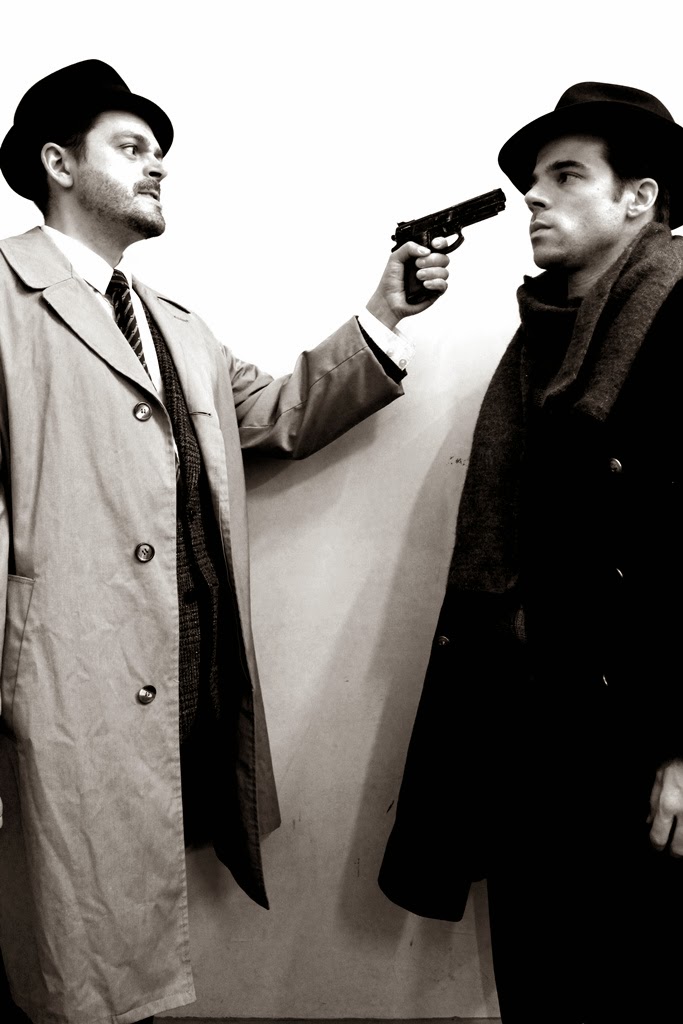 After we produced Doubles Crossed in 2012 which was directed by Amber Gallery, I felt the urge to continue the story. Audiences really embraced the characters. But I wanted to change the way the story was being told. I started writing in a darker vein. Doubles Crossed was a comedic homage to the gangster films of the 30s. It had a dark side but was essentially a feel-good story. I wanted to explore what really happens after 'happily ever after.'

We had some actors and designers on board with the planned production for months. It's wonderful to have supportive artists willing to take part in the development process. It's empowering to have the same director and a number of actors reprising their roles. We had multiple private readings of script drafts, and I was fortunate to get constructive feedback from friends and the participating actors. I went back and rewrote the script yet again. We had another reading and so forth. I had also submitted early drafts to Amber Gallery, again, the director, and I would rewrite (almost immediately) sections based on our conversations.

How did Funny...Sheesh Productions come about?

About 20 years ago, I embraced a lifelong need to be an actor. I felt I needed to create material for me to perform. I always loved standup and sketch comedy, so those were the obvious formats. I formed a sketch group of very talented actors/improvisers and over the following years we performed over 200 different sketches at many different venues. Then we started producing improv shows, variety showcases and developed creative writing and motivational classes. Over the last several years, we've been developing and producing full-length plays. 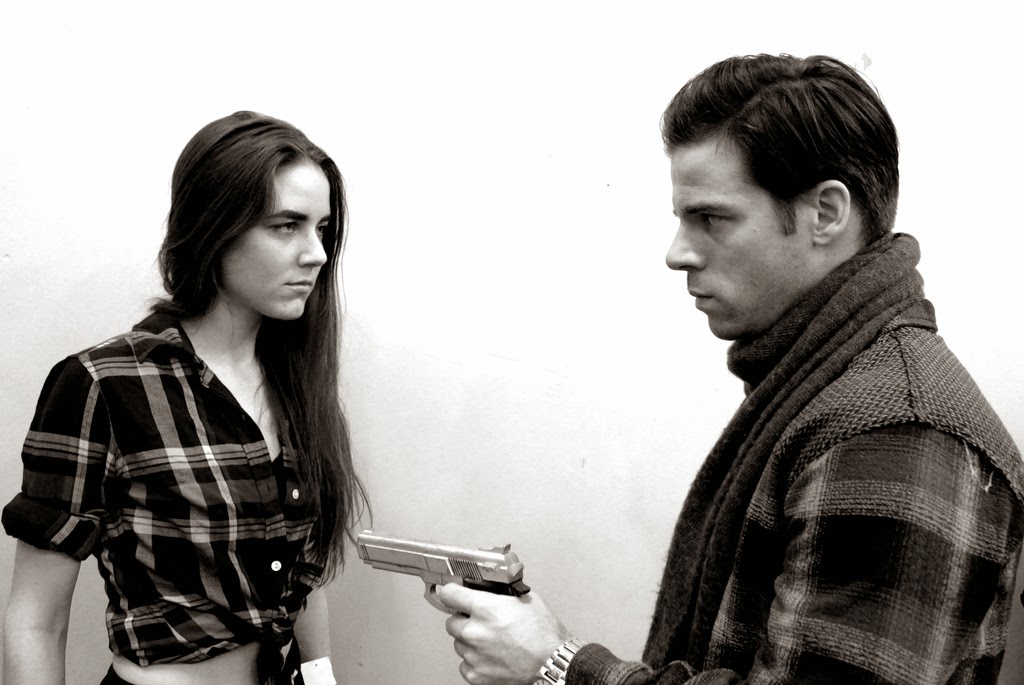 How did you and Amber come to work together? What is your process?

We met working on a play almost a decade ago. I was acting, and she was the stage manager. She also had a complicated sound and light board to operate in the show. She was in charge of everything. I was the dolt that just had to read some lines (it was a radio play so we held our scripts during the performances).

Amber is excellent at handling a million jobs at once, in stark contrast to myself. We've worked on a number of productions since, and I think we've revamped our process in developing each work. We're pretty good at noting what worked and what didn't, for the most part. We definitely like having actors involved in the development of scripts.

Amber did a fantastic job on Doubles Crossed, and I'm very happy that she has the reins again. She also happens to be my wife. She doesn't pull any punches. That's a very good thing. As the writer, I realize (usually) that I am just the stepping stone. I love what actors, designers, and the director bring to the fold.

How did you get involved in Theater? 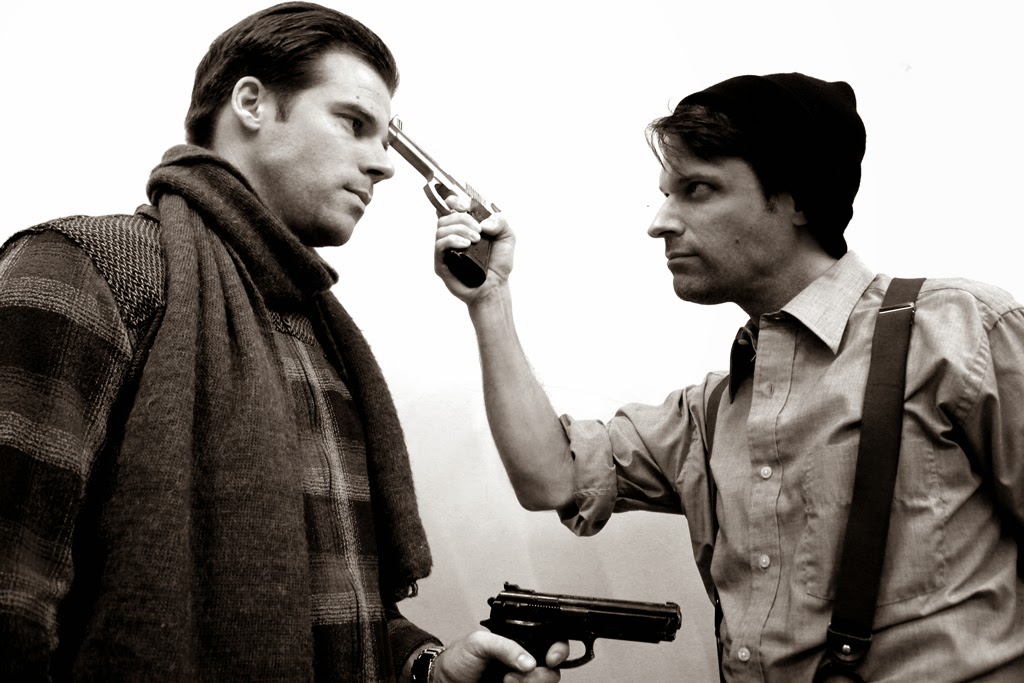 I always wanted to be involved, but I didn't go to school for it. Twenty years ago I was playing basketball and started talking to my teammate who happened to be a writer. We immediately started collaborating and producing shows. I insisted on performing. I truly love seeing my work living and breathing with real people. In theater, it's a full collaboration of actors, designers and the whole production team interpreting my writing and complimenting it with their craft.

What is your writing schedule (if any)?

I write every day in some form. (Does this count?) It might be long sessions on a laptop or mumbling into my iPhone while crossing the street (not recommended). I wish I could say I have a specific time of day that I always write. I should, right?

Where's your favorite place to write? 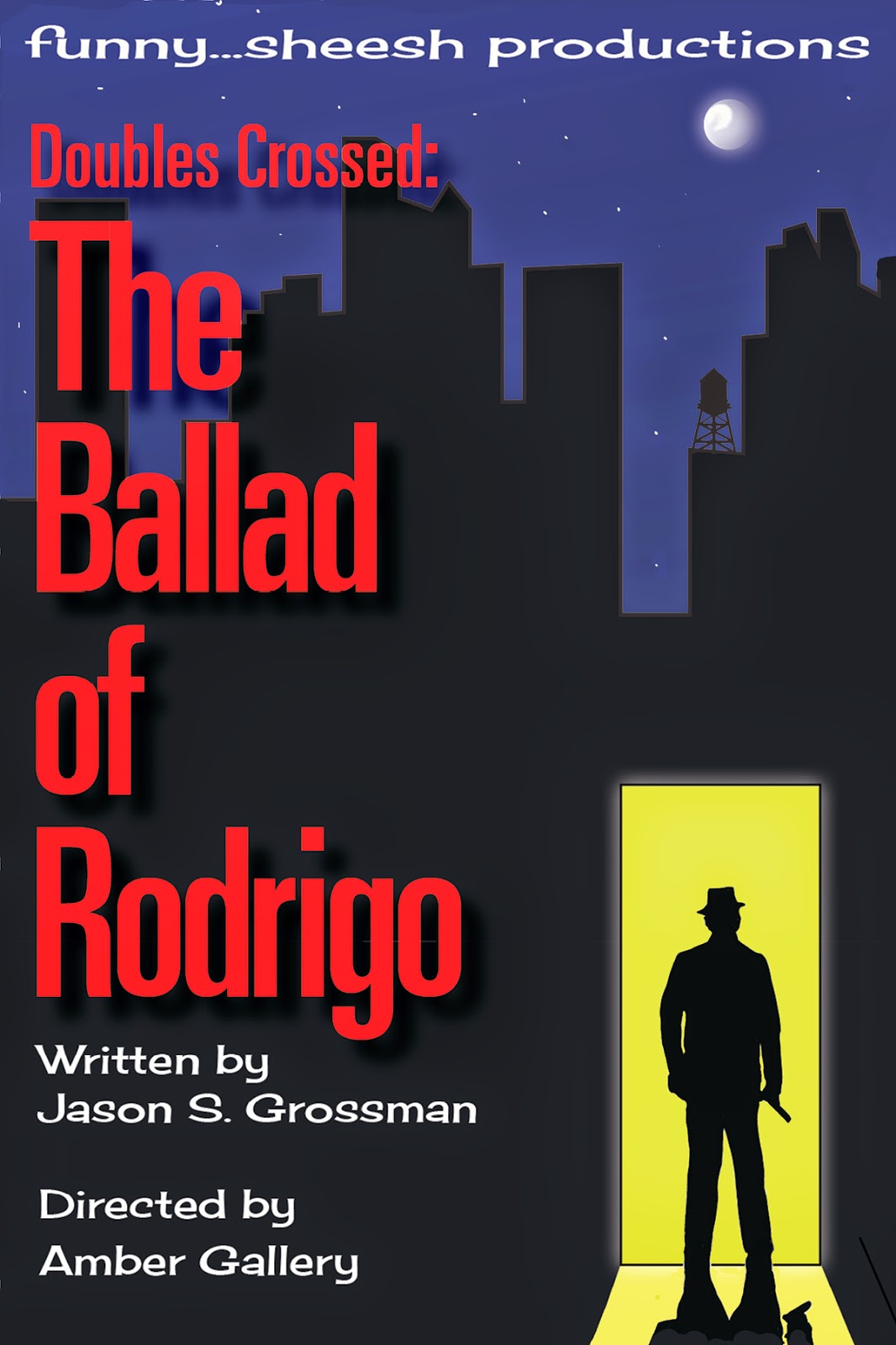 I like my little corner desk in my apartment. The space is all for me. I keep it organized and my desk bare. But I try to vary it sometimes: the park, Spoons (coffee shops), the waiting room for the dentist. I'm easily distracted so it's best for me to write when I'm alone.

Unfair question! That's like asking sweet or salty. There's no answer. I guess because there has been so much written recently about how sugar is toxic and Himalayan pink salt is okay for you, I'll say salt. No…Skittles!

A number of projects: We are currently developing Doubles Crossed: Blood on the Pages, the final installment of the Doubles Crossed play trilogy; and For Any Inconvenience, a scathing dissertation on all forms of poor customer service. We will be work-shopping my play A$$holes & Idiots, a modern corporate fairytale. We will also be remounting my play Love Me, having only produced it once in 2010 in The Planet Connections Theatre Festivity. A number of people have asked me about remounting it, and I'm grateful for that.

Double Crossed: The Ballad of Rodrigo will be playing until June 22nd. For tickets and more information click here.