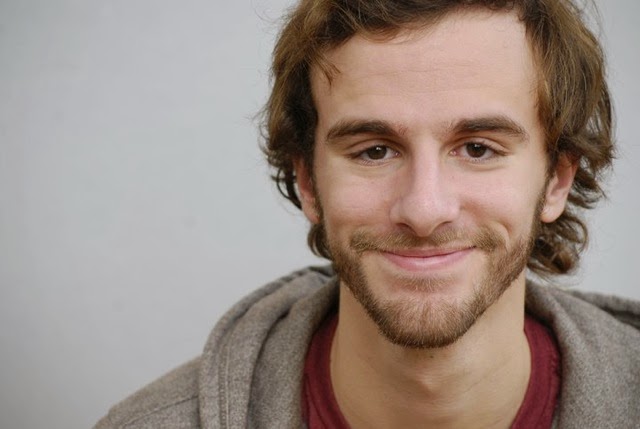 "It's about lonely people.  It's about how scary the world can be when things change in it.  It's about family and panic and passion and regret."

What was Room for One's inspiration?

How did you get involved in the theater?

My grandma took me to shows when I was little in Pittsburgh.  I started auditioning for little shows here and there and got in one and had a blast.  Everyone was like me, and I felt safe and happy.

What is the Middle Voice Theater Company?

We're the apprentice company at Rattlestick Playwrights Theater.  We're a collection of writers, actors, directors, designers from all different backgrounds and places.  The whole idea is that we give voices to those who don't get heard.

What was the development for Room for One?

After I wrote the first draft, I had several workshops spanning over a year with the wonderful director Jenna Worsham.  We'd meet every few months with, mostly, a new cast, and work on the play.  I'd hear it, Jenna would point things out, I'd go home and re-write furiously.

How did you and Jenna your director collaborate?

I've sort of gotten to know Jenna through working on this play.  I met her as a result of being brought into the Middle Voice and having the play workshopped.  I trust her immensely because of that, and we've gotten to see each other grow as the play grows.  Usually, I'll write something and bring it in and she'll stage it, and as we stage we'll see what works and what doesn't.  She's smart as hell.  She see's things I don't.  It's easier for her to be objective.

I write at night or in the morning.  I try and write something everyday.

How do you approach your career (organizationally, the things you do etc)?

I do everything I can.  Your career is what you're doing right now.  I just want to work.  I want to get better. As an actor, I look for good writing.  As a writer, I'm always writing.

I'll be working as an actor in Twelfth Night with Middle Voice and Rising Phoenix Rep.

Performances begin at 8pm on Wednesday through Saturday, with additional performances at 1pm on Saturday and 3pm on Sunday. Tickets can be reserved at www.roomforone.eventbrite.com and/or by emailing Jaime Jaget at jjaget@rattlestick.org. All tickets are free with a suggested donation of $5. Tom Noonan's Paradise Factory is located at 64 East 4th St b/t Bowery Street & 2nd Avenue.
Posted by Unknown