Find the Light of Night with Playwright Cecilia Copeland 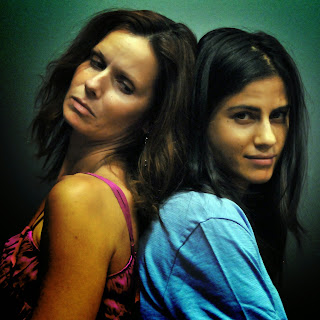 "You can’t ever skip life phases.  You can get delayed, but you don’t get to skip any part of growing up"

What is Light of Night about?

It’s a modern retelling of the Greek Persephone myth, where Hades takes Persephone into the underworld.  It’s a story about survival.  I know that’s a really general thing to say about all high stakes plays, but that’s what it’s about.  Stephanie seems like she’s a mischievous and dissatisfied housewife who falls in love with her voluptuous Latina next door neighbor, but through the course of the night she comes to realize that her marriage isn’t what she thinks it is and she has to break free of it or she’ll die.  The story is about going crazy to survive in an insane world.  It’s also about the tainting and twisting of love, the power of hope and how our longing for beauty can save us.

What was its inspiration?

I got obsessed with these weird kidnapping cases.  I started watching a bunch of documentaries and couldn’t tear myself away.  They were really disturbing and I just couldn’t wrap my head around why someone would do that to another person.  And then, as I watched one story after another, it dawned on me that I myself had been kidnapped by my own father.  At that time, I hadn’t really ever dealt with it at all or thought about what kind of repercussions it might have had on me as a person.  It was just something from my childhood that everyone in my family and community knew about, but nobody really talked about it.  It does come up sometimes and on those rare occasions I find myself sort of coming out about it.  As soon as I’ve said it, the strangeness of it presents itself and whoever I’m talking to does a weird double take and kind of freaks out.

I didn’t really have a normal childhood.  Even after I was kidnapped once by my father, I was then sort of kidnapped again by my mother because by the time she found us, I didn’t know her, or speak English, and so my world was totally different.  And then after that, my dad kidnapped us again…  So clearly in my earliest years I had a lot of uncertainty about who I could trust and what was the real world or how I was supposed to be or who I was.

There are a lot more specifics that I could go into, but the thing is that when I saw what these other young women had been through it resonated with me.  I do want to be clear that I wasn’t sexually assaulted by my father or mother in any way and I don’t think that what I went through as a child is at all as difficult as what those women survived.  I wrote the play to honor their strength and their success at making it through, getting out, and going on to have a life of their own making.

What has been the play's development?

The play was started while I was an intern at New Dramatists and was back and forth to the Writer’s Workshop at Ohio University.  It was a tough play to have in workshop at the time because it was dealing with such personal and highly charged material that being the only woman alone in a room with six men discussing it was really hard.  As an intern Alum at New Dramatists, I was given the opportunity to have a reading there and in preparation, I connected with Emily Prince at Art/West.  She was kind enough to give me a space to have the reading, which I did, and it went really well.

I took that draft to New Dramatists and was introduced to two of the actors who are in this production.  I have to admit, as a former actress there was always a little part of me that felt like I could do the parts in my plays better than anyone else, but when I heard Florencia read Isabel for the first time I dropped that egotistical nonsense right in that moment.

The next reading I had was at IATI Theater and it was crazy because although I founded New York Madness in my third year of my MFA and lived in New York for 9 out of the 12 months, I was, at the time of the reading, still in Ohio University and having been totally broke from traveling back and forth to New York I didn’t know how I would be able to get back.  Thankfully, the University found some support for me at the 11th hour, and I was able to make it. IATI Theater fell in love with the play and wanted to produce it!  Too bad I had to wait two years for them to close for renovations.  At last, the theater is open and they have made Light of Night part of their inaugural season.  I’m thrilled to be here and yes, it was a long road, but I think that’s just how it is for many emerging writers.

In the play the character of Isabel occasionally speaks Spanish. Do you utilize languages often in your work?

It’s funny because I don’t think of her as speaking all that much Spanish.  I think that she only speaks a little here and there, but yes she does use some Spanish for sure and I do have plays that are mixed linguistically.  That’s my own background as I mentioned before.  I have a relationship with Hebrew and Spanish that comes from my history and family so my perspective on language is that it’s related to identity and perspective.

What is the significance of Isabel's Spanish in this piece?

For me it’s multi-layered.  I think not only is the play about this specific story, albeit fictional, it’s also about whiteness and how we impress one “conquering” culture onto another via the female body.  And having been through an experience where I was allowed to be one thing and not another via language, I know a lot about what that feels like as a person.  I want to celebrate languages and my hope is that the use of Spanish in this piece does that.

Do you have a writing schedule and if so, what is it?

I write on deadline.  I’m so busy between my day job and NYMadness that it’s hard to find time so I create deadlines.  I set a date for a table reading and then I have to crank out pages.  I don’t have a schedule right now, it’s just when I can and usually that’s late at night. 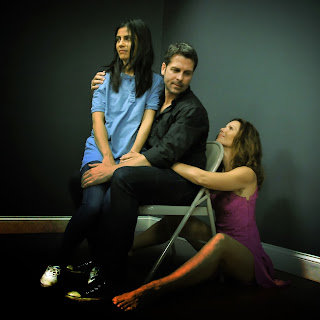 As you mentioned, you also produce NYMadness and hold a full-time job and see a lot of theater.  How do you organize your time?

Well…  I have no personal life.  It’s kind of sad, but true.  I pretty much don’t do anything except work.  I’ll have drinks with friends, but only very rarely and it’s usually before or after a show or rehearsal.  If I have lunch with a friend on the weekend, it’s a working lunch where we’re working on a project and to me that’s fun.  I didn’t get much “work” done in my twenties.  Even though I’ve always been really disciplined, I didn’t know how to channel it.  I was unfocused and didn’t have a sense of how the world functioned.  I was still a kid in ways that other people were grown up, and I was grown up in ways other people weren’t so it was confusing.  I was sort of having the childhood I never got to have, but then it put me back by about a decade.

You can’t ever skip life phases.  You can get delayed, but you don’t get to skip any part of growing up or you just end up stuck in a phase.  So although I have plenty to write about, lots of experiences, traveled a lot, did a lot of living, now I have a hard time relaxing because I feel so far behind in my career.  I would love to have a family and a partner, but that takes certain things being in place, and I don’t have those so I keep pushing myself in the ways I know how.  There are plenty of things I haven’t figured out.  Balance is one of them.

Yowzer!  Thanks for asking!! I have a Round Table coming up at the Lark for my new play Atlantis Unearthed being directed by Shira-Lee Shalit.  That happens in November after Light of Night closes, and I’m grateful to Suzy and John and everybody at the Lark for all they do and for giving me something to look forward to after this show ends.  Thank You Micheline for being awesome and I have YOU in my calendar for write with New York Madness in January so that’s coming up too!

LIGHT OF NIGHT is playing at IATI Theater through October 27th. For tickets click here.