Director Kel Haney on the Ride that is Jon Caren's Play, The Recommendation 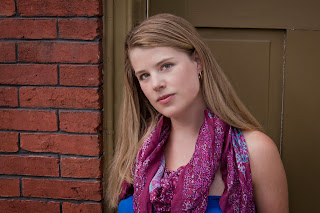 "Go out and be social--remember why you are writing a play and not the next great American novel."

-Kel Haney
Director of The Recommendation

How did you meet Jon Caren?

Jon and I were both selected to participate in the Old Vic/New Voices Exchange Program, helmed on this side of the pond by Stephen Stout. We were paired together: Jon to write and me to direct a short piece to be performed by American actors at the Old Vic in London. Our first meeting reminded me of a TOP CHEF competition: we had to select actors (based solely on their headshot & a quick blurb from Steve) with whom we would collaborate. It was stressful, it was weird, but we ended up with a phenomenal team: Celeste Arias, W. Tre Davis, Nathaniel Kent and Ariel Woodiwiss & produced by the incomparable Adam Blanshay. Jon wrote a brilliant little piece about the social anxiety of networking at a theatre party, which took place mostly inside the central character's head. He essentially gifted me and the actors with a playground--it was an awesome collaborative experience. And the piece went over extremely well--we had 700 Brits connecting to (and laughing at!) our work.

What drew you to The Recommendation?

I first read the play during the Old Vic trip, on the plane ride over to London. I immediately loved how Jon plays with expectation. To me, this play feels like an amusement park ride, you don't know where you'll be transported next or how the tone will evolve or which established conventions will be broken. The uncertainty of Jon's play felt simultaneously playful and dangerous, funny and moving, and innately/uniquely theatrical--all of which was very intriguing to me. I also immediately responded to Jon putting individuals on stage whom we don't regularly see in plays produced in New York City.

It's extremely important to me that I collaborate on work that explores unheard/lesser-heard voices in our culture. I also personally related to the character of IZZY--when I moved to NYC in '04 I was suddenly introduced to world of wealth and connections that I truly didn't even know existed and found myself 'behind the curve', and struggling to fit in.

How do you work with the writer in and outside of the room? Is it different with different writers?

I feel like I could give a really long and complicated answer to this question, but it really boils down to every experience being vastly different. There are countless factors that affect how I work with writers: what is the overall objective of the process, where the writer feels like s/he is in the development process of the work, what is the nature/length of our collaborative relationship...I like getting to know writers as well as possible, as people, first. I find that learning about a individual's personality, sensibility, sense of humor, tastes (in anything and/or everything) and asking questions about what inspires, what frightens, what confuses him/her, connected to the play, and in life, in general, is exceedingly helpful to understanding the work at hand and this particular person's world view.

You are a director in residence at the Flea. What has that experience been like? 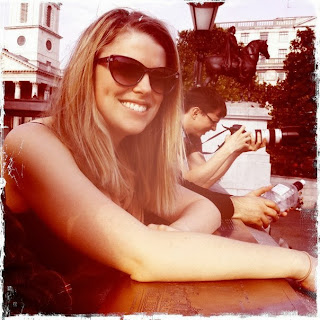 The Flea, led by Carol Ostrow & Jim Simpson, has giving me an artistic home for the past 10 months. In that time, in addition to directing this production of THE RECOMMENDATION, I directed ROMEO & JULIET (with Liz Carlson) for The Shakes, a few episodes of a #serial by Christopher Sullivan, and over a dozen readings and workshops  (including work by Jessica Dickey, Jen Silverman, Michael Walek & Micheline Auger).

I also had the opportunity to use The Flea's space to rehearse outside projects, including pieces for Rattlestick and Rising Phoenix Rep. Maybe most valuable of all, I've gotten to know roughly 150 new actors, through The Bats (the Flea's resident acting company). I'm sure I will be working with many of these actors throughout our careers.

What has been inspiring to you about working in the theater?

Basically, everything. I'm being totally serious. As a kid, I wanted to 'do the play' everyday and would do everything in my power to convince my brother, my cousins, the neighborhood kids--anyone, to join me. If there was a group of people around, of course they'd want to put on a play, right?! But nobody was terribly interested, which made me pretty sad and more than a little lonely. My 5-year-old version would be beside herself if she knew my grown-up version gets to 'do the play' with other people who are just as passionate and tenacious. I try to keep this in mind and bring that enthusiasm into the room everyday.

What has been frustrating to you about working in the theater?

The financial side, most of all. It is beyond depressing and disheartening to witness such a plethora of talented individuals chasing after such a small slice of the pie. And it's disheartening to see theatre tickets costing so much and so vastly limiting the percentage of the population that can actually afford to attend. And obviously, who is attending is the largest factor in what work is actually being produced, whose stories are being told.

Any advice for up and coming playwrights?

The most 'successful' and (dare I say) 'happy' writers I know have a daily writing schedule. And they stick to it. Also, I think hearing your work read aloud, in a safe/no-stakes atmosphere, as soon (or sooner) than you are ready is crucial. And make friends with actors, directors, designers, and other writers. While I've never had a strong impulse (or maybe the courage) to be a writer myself, I'd imagine that spending so much time alone, with the characters you're creating, can be lonely and isolating. Go out and be social--remember why you are writing a play and not the next great American novel.

Any advice for up and coming directors?

Be 'in the room as much as possible.' At the start of your career, I'd suggest basically saying 'yes' to any directing opportunity that comes your way--at that point, any/all experiences are extremely valuable. Also, focus on assistant directing--in hindsight, I wish I had done more of it. I've learned a tremendous amount from assisting artists such as Doug Hughes, Lynne Meadow, Michael Greif and Joanna Woodward. Assisting directors that you admire on projects that inspire you will pay off exponentially--getting to observe another director's process is priceless and increasingly rare, as you get move further along in your own career. 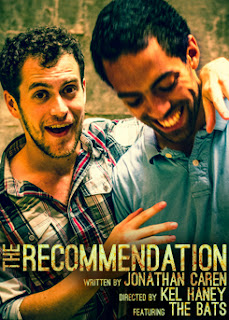 Definitely both. At the same time. I'm addicted to Kind Bars right now and I need to ration myself--one a day.

Working to get as many folks as possible to see THE RECOMMENDATION (now extended until 10/7!) is my main focus at the moment. I'm also doing a bit of short-term traveling. In November, I will be directing a piece by Theaterspeak's own Micheline Auger for Caps Lock's "Sex with Robots" Festival.

Oh! I am psyched to participate in Youngblood's Asking For Trouble at Ensemble Studio Theatre (it's basically a "back to school" event for about 100 writers, directors, and actors--there's even a 'Sorting Hat' that determines who collaborates with whom). I love it!

The Recommendation is playing at the Flea Theater until October 7th, 2013. For tickets, click here.