Director Benjamin Kamine on "a cautionary tail" at The Flea 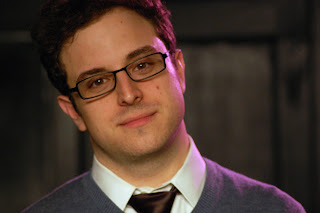 "There are enormous pressures to let go of where you’re from and fit in."

How did you meet Christopher Oscar Pena, the playwright of "a cautionary tail?

Steve Stout introduced me to Chris one night after he saw Job (the play by Thomas Bradshaw I directed at The Flea last fall).  I kind of immediately fell in love with Chris’ energy.  The man exudes warmth.  I had to take quick trip to Chicago (where Chris was living at the time), and emailed him asking for some of his work and seeing if he wanted to meet up.  I read "a cautionary tail" in the afternoon between morning and evening services on Yom Kippur and fell in love with it.  By the time Chris and I got lunch in Chicago a week later, I had an initial production idea and tons of enthusiasm.  We did a reading at The Flea in early February and the rest is history.

What drew you to the play?

For me, the play is about two siblings who do terrible things to each other while struggling to negotiate with the identity of their parents.  This is the legacy of the melting pot in America.  There are enormous pressures to let go of where you’re from and fit in.  While I’m not the child of immigrants, I do come from a strongly traditional Jewish home, and grew up in a very tight knit community of religious Jews, so the pressure to shed that identity is one I am familiar with.  And I’ve certainly hurt people I love while trying to figure that out.

Additionally, I am really just a sucker for broken sibling relationships.  I love both of my brothers very much and we get along really well now, but the path here was not simple.

What was your process directing it?

I started with the text.  Chris writes these lush stage directions and poetic line structures.  He doesn’t really use punctuation and instead relies on the actors to navigate his text based on line endings.  There was a lot of information to unpack in just those places.  And I was fortunate to have this team of crazy-genius designers who could take my ramblings and turn them into the astonishing visuals and audio we have.  And there was also the regular and welcome input of Jim Simpson, Carol Ostrow, and Beth Dembrow who saw early runs, and our acting coach, Jen McKenna, and our movement director, Laura Brandel, whose regular presence in rehearsal helped us navigate this thing.

Mostly, this was about time.  We rehearsed the piece for 8 weeks before we got in front of audience.  There was no nook or cranny left unexplored and many scenes went through three or four completely different versions before arriving at the staging you saw.  I also welcome actor input on everything, so there are a lot of different moments that may have been generated by ideas from actors who weren’t even in those particular scenes.

And of course, Chris’ presence in the room was always a quick shortcut to figuring out what a scene was about.

There are great movement sequences in the play - are those indicated in the script? How were they arrived at?

They are.  Chris’ stage directions called for these extended movement sequences, all choreographed by Laura Brandel, but they don’t really say what the movement should look like, just what it should evoke.  Laura did a bunch of devising work with the cast to generate a vocabulary to choreograph from based on those evocative phrases.  She also brought in a Chinese movement consultant, Lu Yu, who did a three day workshop with the cast at the beginning of the process.  So there was a lot of material to draw from that was then honed.

The play is also visually compelling, what were your inspirations/influences?

Well, for Act 1, it’s really the city of New York.  The places are largely real, and so we just hunted down the actual locations..  The ensemble costumes in that act are all about the city, as well (Andrea Lauer’s brilliant inspiration).  It’s just about where we live.

Set designer David Meyer said at the very beginning that he wanted to make the jungle out of fabric, and so he just started bringing in as many fabric research images as he could find.  I don’t know where they came from.  I just knew they were compelling.

And the final act just needed to be as spare as possible.  Jon Cottle’s bare lighting was the name of the game.  After all of the visual language being thrown at the audience, I really wanted to be able to just focus on Chris’ words at the end of the day.

How did you become involved in theater?

Originally, originally? I joined a high school play because I had a crush on the girl playing Tiresias in Antigone.  She’s married with kids now, but I’m still doing it.  I took a hiatus in my early twenties in an effort to find another life path, but I think on some level I always knew, from the moment I saw "Where the Wild Things Are" at age 5 that this was the work I’d end up doing.

Sweet.  Oh my god, I have the worst sweet tooth.  I gain like ten pounds every winter because of all the peppermint bark lying around.

I’m going to be one of the directors on Brooklyn College’s Bring a Weasel and a Pint of Blood Festival.  Mac Wellman gives the writers a prompt and they each write a one act based on it.  I don’t want to give it away, but this year’s prompt is very provocative.  We did a first read of the pieces two weeks ago and they are extraordinary.

Just how grateful I am for The Flea.  It takes a place of extraordinary vision to roll the dice on a twenty person play like this one.  I don’t know many other places in New York that would.  It’s been my artistic home for most of the time I have been in New York and I don’t know where I’d be if Jim and Carol hadn’t taken me in.

The world premiere of "A cautionary tale" is playing at The Flea May 29-June 30. Click here to buy tickets.
Posted by Unknown