NYC Through the Eyes of LAByrinth Theatre Company 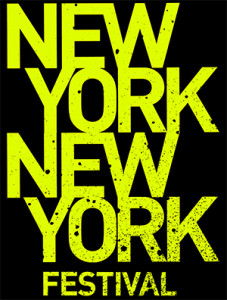 " I was part of the first generation of my family to be born here in New York, and the theatre seemed like this far away foreign land where only certain types of people were allowed to live..."
-Mel Nieves
Actor, playwright, teaching artist and LAB member

On a Stormy white and wet Monday night last week, I got cozy at LAB's NYNY Festival along with a packed house of people excited to see a reading of Israel Horowitz' play "The Indian Wants the Bronx". Afterwards, Mel and I were talking about the festival and why New York Theater (and LAB) reins supreme. I'll let him take it from here (and if you have a New York Theater Story you'd like to share, let me know!)
-Micheline Auger
Theaterspeaker@gmail.com


In the spring of 2010 I had the honor of working on a LAByrinth project titled “TENN99” which was a celebration of the life and work of Tennessee Williams. It was a series of stage readings of his plays, not just of his most famous works such as “The Rose Tattoo”, “A Streetcar named Desire”, “The Glass Menagerie” , but also long forgotten works like “Talk to me Like The rain”, “The long Goodbye”, “Auto De Fe” and “Spring Storm”, along with many essays and poetry,  which culminated in a 72 plus hour around-the-clock marathon reading of his canon.

I believe for me it was during the wee small hours between Saturday night and Sunday morning, sitting behind the curtain, my eyes closed and my ears wide open that I realized I was not only listening to one of the great voices of the theatre, but truly our American Shakespeare.

Flash forward to the current spring of 2013 and once again I find myself involved in another such project simply titled “NYNY”, a reading series (produced by LAB) celebrating plays about New York City by some of our finest writers such as John Patrick Shanley, Maria Irene Fornes, Amiri Baraka, Arthur Miller, Clifford Odets, Miguel Pinero, Lanford Wilson, Stephen Adly Guirgis, Elmer Rice and many, many more,
again culminating in a blow-out weekend of forty-eight hours of round the clock theatre. The series kicked off with a play that is very, very dear to my heart, Israel Horovitz’s “The Indian Wants the Bronx”.

I grew up on the upper Westside housing projects of New York; mine was called The Frederick Douglas Projects. My family came to this city via Puerto Rico. I was part of the first generation of my family to be born here in New York, and the theatre seemed like this far away foreign land where only certain types of people were allowed to live. I was not well read or a very good student but I got a job as a teen during my freshman year of college as an assistant stage manager, aka “Gofer", on a production of “The Indian Wants The Bronx”. This experience would forever change the course of my life.

I knew the two street thugs, Joey and Murphy. I knew their walk. I knew their talk. I knew where their anger came from - heck they were me, so much so, that the director, who would be become my mentor,
Gus Fleming, asked me to take the actors along for a walk around my neighborhood to let them experience the world of the play through my eyes.

“The Indian Wants The Bronx”, tells the story of two lost boys, Joey and Murphy, who confront a stranger in a strange land - a middle eastern Indian named Gupta - and through a series of harassing street games that resemble two ally cats playing with a frightened and innocent mouse, ends in violence. The play, like many of the plays in the series, is a reflection of this great city in all its glory and yes, ugliness, as seen through the eyes of the theatre.

To quote the legendary acting teacher Stella Adler, “The word theatre comes from the Greeks – it means the seeing place”. Through the eyes of these many playwrights with the landscape of New York as their canvas, we see the history of this great metropolis from “Waiting for Lefty” and the working class cry of “Strike! Strike! Strike!", all the way up to the Giuliani era and the Guirgus' play “In Arabia We’d be Kings”. This is what “NYNY” presented by the LAByrinth theatre company from their home on Bank street is all about.


Mel Nieves is a actor/playwright/teaching-artist and long time member of the award winning LAByrinth Theatre Company.