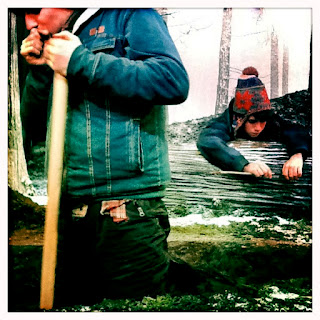 Daniel Talbott
Playwright
What was the inspiration for Yosemite?

It was commissioned by the wonderful ladies of the 24Seven Lab (Sharon Freedman, Edith Freni, and Sarah Hayon) who I love, and it literally wouldn’t exist without them and all their love and support. It’s also a play that I wrote for one of my best friends and one of the greatest actors and people and I know, Seth Numrich.

This play is so much for my family, who I love deeply, and who I have been through a lot with, and it's especially for my brothers and sisters and my mom. There was a time that we lived in a place that was full of so many people, and especially their kids, who had such great intentions and tons of heart and imagination, but were absolutely crushed and destroyed by poverty and drugs and loss. Life can be really, really tough, but through each other, and with each other, I feel so many of us were able to crawl out of that pit, and I couldn't be more thankful for that - and this play is about that for me. 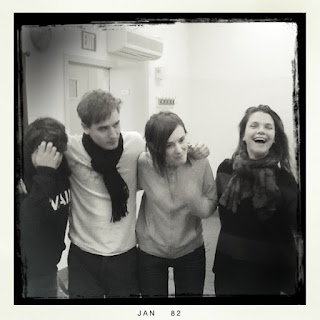 How would you describe the play?

It’s a really different play for me, and unlike anything I’ve written before. I think of the structure of the play like a giant wave, or the structure of drowning – falling down hard and then trying to fight upwards towards the surface and air. It’s a long, singular movement that hopefully burns deep and hard and forward til the lights ghost out at the end of the play. I love this play and am so proud of the work we all did on it.

I wanted to try to write something you couldn’t coast on or hide in and that doesn’t work unless everyone sits inside it and lives it fresh and new each night, and that goes for the audience as much as the actors. I was trying to write a play that forces collaboration. The play for me is about vulnerability and empathy and you have to really be willing to come forward and sit inside it and with the characters and not expect the play to come to you and do all the work. 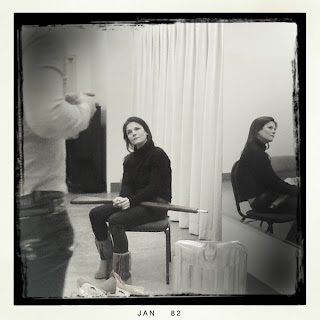 I wasn’t quite sure what I wanted to write about or where I was going to start when I was lucky enough to be asked to do 24Seven with everybody, and I felt pretty freaked out and stupid because of that. And then, I was sitting in the middle of a reading for Rattlestick at the Barrow Street one day, and the theatre was in the three-quarter thrust configuration for Our Town, and I don’t know why but I started just seeing a snowy clearing in a forest with snow falling, and then I started seeing these kids who I knew were siblings, scattered around the stage, alone, trapped and freezing and digging. It reminded me a lot of my brothers and sisters and when we were living up in Sonora CA, and I started thinking about them, and just trying to start writing it and not judging it in any way.

It was wonderful in the 24Seven Lab because we had the structure where we had to come in with new pages every week, and that really helped me. I was surrounded by brilliant writers, actors, dramaturges, and friends, and with their love and support, and talent, I kept creeping forward slowly, turtle-like. 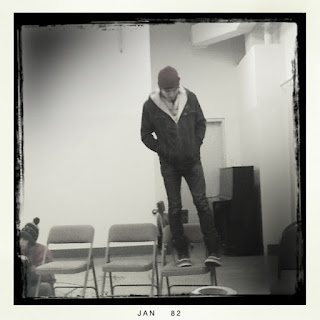 What has the development process been like after you had a draft, or some scenes, or a semblance of an idea?

I think I got about sixty pages or so in during the lab, and then thank god they asked me to come up and do their equally wonderful retreat, cause it was up there in these haunted ass woods in this huge retreat center that I got to finish the first draft of the play. I remember sitting outside by myself on this hill working on the end, and I know it’s stupid, but just crying and feeling like I was letting go of something and turning it into something I loved, into work. This play really just kind of fell out. I don’t intellectualize a lot of stuff like this. I just try to stay open as much as I can and share it the best I can. I don’t mean that to sound airy fairy, but I just try to open to a situation and write it the way it comes to me and really work hard not to judge it. I owe so much to all the 24Seven folks and it was an incredible experience, and again I feel so lucky to have gotten to work with them I can’t even say.

Once I had a decent draft of the play, we did a reading of it at Rattlestick and a bunch of friends who I love came, and gave me a lot of great feedback on it, and I can’t remember when David said he wanted to do it, but when he did, it really was a dream come true for me, and I didn’t touch it a lot after that til we got into rehearsal with the wonderful Pedro Pascal and the brilliant brilliant cast--Seth, Libby, Noah, and Katie. Once we were in rehearsal it was such a collaboration in every way. I feel like everyone who worked on this production has such a piece of themselves in this play and I love that, and for me that’s how it should be. 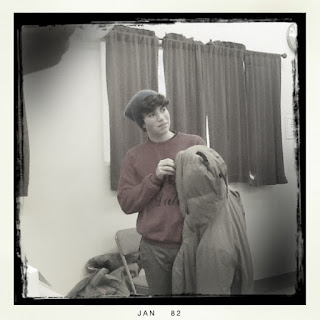 I love writing plays so much and I find it really hard to call myself a playwright yet just because there are so many people out there who I love and look up to, and I just don’t think I’m there yet, but I’m working hard. And it was a really big deal for me that David wanted to do my second play too. I think someone once said to me anyone can write one play, but it’s the folks who keep going, especially when they have nobody really telling them they should or have to, who get to call themselves playwrights in the end. You just have to keep writing the good and the bad, and creating plays and theater, no matter what.

What is it like being a director and an actor but being the writer in the room?

I don’t think about it very much. I really just try to focus on the work and go as far into it as possible. I think everything I’m lucky enough to do and be a part of helps me grow and deepen and expand. Theater to me is all about saying yes, possibility, expanse, and bravery. I feel there’s too much “no”, and making ourselves small, and not enough just jumping into the fucking void and swimming. There’s too much judgment and cowardice and hiding behind coolness, bullshit power lists, reviews, awards, cliques, and smugness. It really doesn’t mean anything and it gets in the way of the work, and I feel like the more I can do in the theatre, the further I can push myself to be braver and to take more risks – the further I can go into stuff. 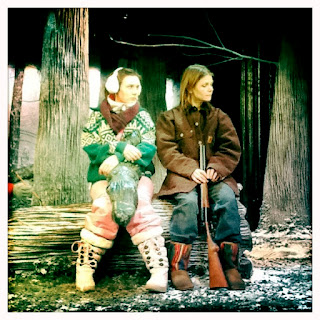 I’m working on two Off-Broadway plays right now with Rising Phoenix Rep and our producing partner Piece By Piece Productions, both of which I love, and are by brilliant, brilliant playwrights, and we have our Cino Night series going on through June. And I’m also working on trying to write a couple new plays, a few directing projects, trying to figure out some possibilities and jobs out of town to run around some, hopefully starting a film company with one of my best friends Aria, and getting to work on Much Ado About Nothing again right now with the wonderful Boomerang folks. I’m also trying to find time to get my booty back on stage and keep doing TV and film work as an actor. Just keep working and spending time with my family and friends, and get to the ocean and mountains as much as possible.