Madness Will Keep You Writing (and Acting and Directing and Watching).

"Anything can happen in a Madness..."
- Founder, Artistic Director Cecilia Copeland
What was the inspiration for Madness?

Madness started as part of the program at Ohio University. It was then carried to the Playwright's Center by OU Alumni Reginald Edmund when he went there for a McKnight Fellowship. When I came back to New York, I wanted to bring it here because it's a great way to keep writing even when there isn't a lot of time or money. 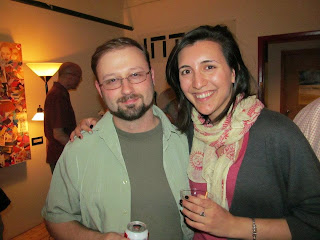 Anything can happen in a Madness. Five minutes before curtain, a playwright can get seized by a necessary script change and give a player new pages. Sometimes while on stage, doing a wild physical bit, some pages can go flying and then the players have to scramble and share a script or get the pages back from the audience. A breakout script and performance can suddenly bring everyone to tears. One time a kid's retainer popped out of his mouth and launched into the front row! This kind of stuff always happens... it's Madness! 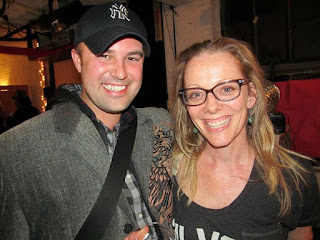 What's the format? How does it work?

The writers get the theme one week before the actual show. This theme is proposed by the Featured Guest and is something they are inspired by and want to see explored in an evening of theatre. All the playwrights then have seven days to write a seven minute piece, cast it, rehearse it, and bring it in on its feet, script in hand.

The final draft of the play is due the day before the show and the Featured Guest works with me and my consulting producer, Lanie Zipoy and managing director, Judith Leora to curate the night. It's important to the overall mission of Madness that the work is cohesive and the audience goes on a journey. An hour and a half before the show, we run a quick cue to cue for lights and sound, and then like magic, the show explodes! It's high energy and lots of fun. 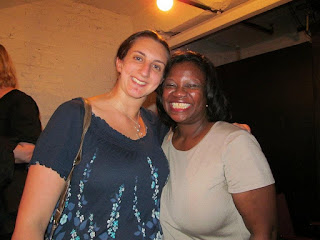 I'm a Midwestern Mutt. My family hates it when I say that, but it's true in every aspect. I'm a half-Catholic, half-Jewish, Welsh, Mediterranean, Latin Mix, who is a permanent resident of Australia and calls NYC my home. I lived in Israel as a kid under very strange circumstances, which landed my family in the public eye for a number of years. It's a long story and one I'm hesitant to go into without at least one martini.

For my artistic background, I was trained as a classical ballerina and then went on to dance for VH1 back when they did that sort of thing... circa the 90's. Having practiced Ukidokan Martial Arts, I'm a huge fan of fight scenes and smartly written action movies. I started writing short stories and non-fiction pieces when I was in grade school. None of those are published, so don't look for them. I've been writing poetry off and on since I was about 15.

As an actress, I studied at the Stella Adler Studio and that's what led me to writing plays. Everything in my life ultimately led me to becoming a dramatist. I studied the craft at the Playwright's Workshop at the University of Iowa as an undergrad and then Ohio University for the MFA.

What's coming up for Madness? 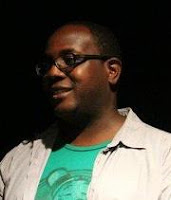 November 7th we will be at IATI Theater on the 4th Arts Block, which was recently renamed Ellen Stewart Way for the founder of La MaMa Ellen Stewart. And YOU Micheline, yes, Madness is thrilled to have you writing with us! Jason Holtham (pictured) is our Featured Guest and will set the theme. I'm sitting out this time. All the Founding Member Playwrights take turns giving up their seat to make sure we are in it for all of us and not just to get our own name out there. We're a community first and foremost.

How can people help or get involved?

Post something on our FB wall. Contact our Managing Director, Judith Leora (pictured below, left) or Consulting Producer Lanie Zipoy. Or just shoot me an email. 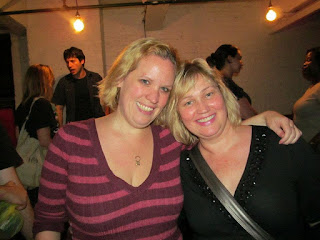 What do you see happening in the theater scene right now that inspires or frustrates you?

I'm inspired by the work of certain companies, because it's a team that makes good theatre. LAByrinth has great writers, actors, directors and designers. Lot's of Madness people were scouted at LAB events. New York Stage and Film is an organization that consistently takes risks and is jam packed with brains and talent.

ESPA at Primary Stages is a hotbed for all things theatre right now. Atlantic Theatre Company is opening the door to new work in exciting ways. Ensemble Studio Theatre continually generates top notch work. IATI Theater is about to undergo a huge renovation which took years of commitment to fund. The Public Theater remains a stalwart of support for all kinds of good work. INTAR is getting some well deserved great reviews. 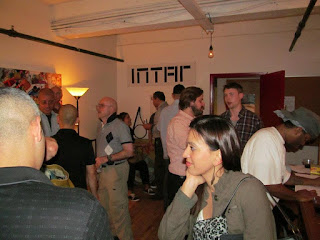 As for the frustrating things... sure I would like to see more gender equity across the board. It comes in little ways too, things like violence onstage or how one's sex is represented in a play seem to be different discussions when the writer is a woman. This is a reality, but I would like to discuss that reality instead of pretending it's not the case.

What shows coming up are you excited about seeing?

Atmosphere of Memory at LAB! I'm also very jazzed to see the new Almodovar film. I saw him speak at the NYFF which was great, but I couldn't get a ticket to his movie so I have to wait for the general release.Anything you'd like to add?Thank you for joining the Madness family and congratulations on the One-Minute Play Fest and the Write-In! 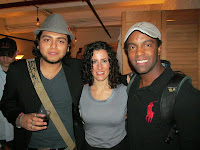