The Pillar(s) of Our Community : The 2011 NY Innovative Theater Awards Celebrates the Tenacity and Audacity of Off-Off Broadway 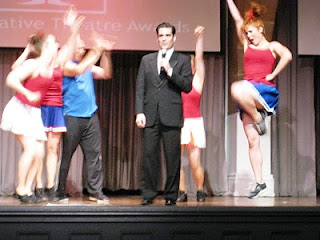 And thus began the 2011 NY Innovative Theater Awards, hosted by the hilarious and adorable comedian, Harrison Greenbaum at the Cooper Union.

We are so glad you left Harvard to pursue not law or business-shmizness, but the far-loftier goal of bringing laughter into the hearts of the world, especially the off-off Broadway theater scene which celebrated it's own Monday night, wearing its heart on its sleeve, its tongue in its cheek and, in true off-off Broadway form, a pillar right in front of the podium. PILLAR SHMILLAR! 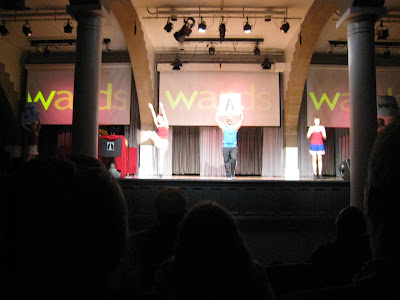 "It's going to be a night of 'Hey! That's the guy from that thing... No, not that thing, the other thing. Yeah!" joked Greenbaum. And NYIT celebrated so many awesome things done by awesome guys and gals creating awesome inventive, DIY theater magic. (But hey, we need more gals!) 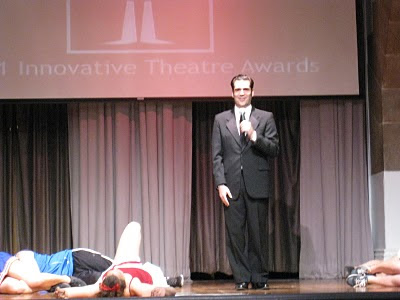 Fun Fact That Will Floor You
Out of 13 awards given to individuals, 9 went to the mens and 4 to the womens; out of 10 playwrights nominated, 2 were women. So really, women, you better start learning yourselves how to write more better.

Another (more cheerful) fun fact: This year's awards had the most individual nominees than in any previous season, with over 169 theater artists and 80 members of ensembles acknowledged by NYIT, "the only organization that gives awards to stage managers." (Congratulations chick-a-licious stage manager, Laura Schlachtmeyer!)

Flux Theatre Ensemble received the Caffe Cino Fellowship award and summoned the Goddess of Indie Theater to answer the nascent cries for creative control and DO IT YOURSELFism... 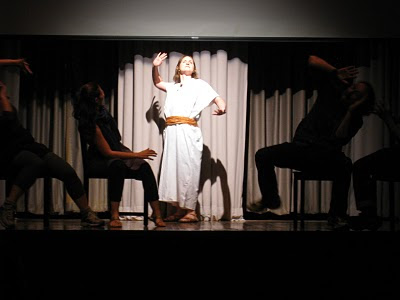 while also giving a nod to all that that entails: the temp jobs, the exhaustion, the money (or lack thereof) for lumber (Flux: "Why does it cost so much? It's just wood!") 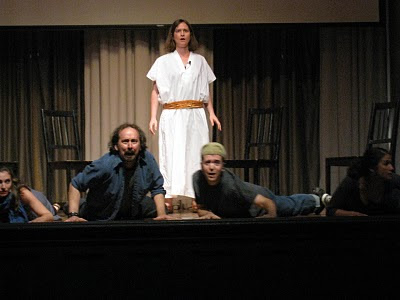 BUT IT'S STILL WORTH IT! 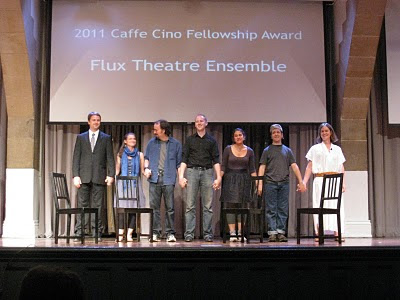 theater artists. In accepting the award, Horse Trade announced they had just negotiated and signed a new lease for Under St. Marks Theatre and are moving towards its purchase. 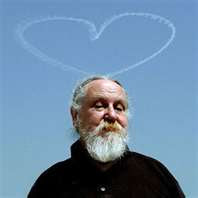 Playwright Robert Patrick (whose first play The Haunted Host was produced in 1964 and premiered at the Caffe Cino) won the Artistic Achievement Award presented by actress and luminary Shirley Knight, commenting that Parker "gave us that magical thing of floor" and added, "it's so nice to be at an awards show where the awards are given for the quality of the work..."

Of the twenty awards, The Drowsy

To present the Outstanding Production of a Play (Balm in Gilead/T. Schreiber Studio) was the beloved, born-in-the-Bronx bad-ass, John Patrick Shanley who sauntered out asking, "Do you still want to continue the struggle? Are you still willing to ruin your lives and the lives of others to follow your dream?" The answer wasn't so much applause (which there was) but laughter because any other option is, well, laughable.

For additional inspiration and excitement, you're just going to have to get your cute little bootie to the 2012 NYIT. Seriously, it's worth way more than the ticket price. Bring friends, wear a boa or bondage or nothing it all, but go. (It's rumored that the All-Mighty Pillar brings good luck to all who attend because, frankly, without obstacles and the insane urge to overcome them, where would off-off Broadway or any dramatist, actor, artist worth their salt be?)

Theaterspeak congratulates and thanks ALL of the off-off Broadway nominees, winners and otherwise for a spectacular season. We look forward to more.

The New York Innovative Theatre Foundation is a not-for-profit organization recognizing the great work of New York City's Off-Off-Broadway, honoring its artistic heritage, and providing a meeting ground for this extensive and richly varied community. The organization advocates for Off-Off-Broadway and recognizes the unique and essential role it plays in contributing to American and global culture. They believe that publicly recognizing excellence in Off-Off-Broadway will expand audience awareness and foster greater appreciation of the New York theatre experience. BOOYA!