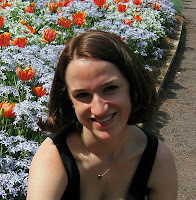 "I’ve never wanted to do plays that beat people over the head with ‘this is what you should believe’. I just want people to talk because in order to make social change you have to start a conversation."


In Part One of this two-part interview, Theaterspeak talks to Melanie Moyer Williams about Red Fern's mission to combine socially conscious material with compelling theater.

In part two, playwright Dorothy Fortenberry will talk about her upcoming production with Red Fern of Good Egg opening October 21st.
How did The Red Fern Theatre Company come about?

I directed Emilie Miller (co-founder) in Five Women Wearing the Same Dress by Alan Ball. At the same time, I had to do a submission, and part of the submission was to pick a Tennessee William’s play or a Shakespeare play and write a proposal for it. I didn’t want to pick something that everyone had seen and done so I found Candles in the Sun, which is actually his very first play and had never been produced. It’s about coal miners from the foothills of Alabama, which is where I’m from, and I just fell in love with the play. It had some really strong women characters in it. So I was telling the cast that I had just read a play that had two really strong female characters in it and they should read it. So Emilie read it and she loved it. A few months after we closed the show, the Sago Mine Incident happened where ten or fifteen miners died, so we thought we could do the play as a fundraiser for the families.

I have a major in both political science and theater, and my concentration was International relations and human rights violations so having a theater company that is socially conscience bridges both of my interests. I had also done another play in the Philadelphia Fringe Festival that had a lot of really heavy subjects in it – date rape, sexual violence and abortion. I felt it would be irresponsible to do a play that talked about rape and showed it on stage and not give women an outlet to get help afterward. I was very adamant with the producer that he provide information in the lobby about safe houses and places people could go to get help and what not after the performance. So the idea for me of pairing productions with other organizations came from that and then this play came along, and the Sago Mine Incident happened, and it all started to snowball.

Emilie was very interested and said, ‘I’d like to make this happen. What can I do?’ So we sent off for the rights for the Tennessee Williams play and came to find out that the Williams Estate doesn’t allow his plays to be done in New York unless they’re on Broadway. We had found a space so we were like, ‘alright, now what do we do?'

We started reading plays and we found Patient A by Lee Blessing, which is about Kimberly Ann Mary Bergalis who was one of the first non-gay people to come out with AIDS. She was one of the first to give a face to AIDS, and her parents commissioned Lee Blessing to write a play about her, and when he accepted the commission he said, ‘I’m very honored to do this but I will only accept the commission if I can tell both sides of the story.’

It was a very interesting play, because she got all this attention, and she felt uncomfortable because she knew that there were so many other people out there that had the disease but she was getting all the attention, and that people that really needed help were not getting it.

I’ve never wanted to do plays that beat people over the head with ‘this is what you should believe’. I just want people to talk, because in order to make social change you have to start a conversation. You have to get people who feel very strongly on both sides to have that conversation with each other. In order to create change, somebody has to give, and in that play, that happened. Both sides argue with one another and they come to some sort of agreement in the end.

We paired the play with Village Care of New York which runs the Rivington House, which is actually the first place I worked in New York. It’s a residential facility for AIDS patients, so it was neat to give back. They were wonderful.

How do you determine what amount goes to the philanthropies? .

We take into account how active the philanthropy has been with us. There are some that have been there throughout the process and have been very active in getting people to come and see the show and have participated in a number of talkbacks. We don’t discriminate either way. We prefer to give light to other small, struggling organizations like ourselves that need just as much help as we do.

There are so many amazing people in New York City doing things for others and they need another springboard and another sounding board. We can introduce them to an audience and they can introduce us to their people. It’s worked very well for both sides. We’ve had people who have become volunteers for their organization. We have people from the philanthropies come back and see other shows so it’s building a community on both sides.

How long did it take you?

We actually got it on the first try but I was very meticulous.

Had you done it before?

No, I just read everything and followed all the guidelines. I had a lawyer friend look over it and he said if you have a question about anything in this, they’re going to have a question about it, so explain it. When we applied online, it said that you can fall into three categories, either you’ll get cleared right away, or you’ll be assigned to a case worker who will have a few questions for you, or you’re considered a very questionable organization. Even that B category of being assigning a case worker was, at that time, taking six to nine months for them to even call you, so we were very lucky.

How long did it take you to do it all from start to finish?

Incorporating was easy and the rest took a few months. You just have to gather all the information and do so many budget and contract things, and foresee your future, and then they also want a copy of your entire website and programs - just everything to make sure that you’re legitimate and that you’re going to do what you say you’re going to do.

Basically, we did our first show in April of 2006. We incorporated in December of that year and functioned for a year and then, in January of 2008, I started all the paperwork and we had all the papers in hand by April. It’s backdated to whenever you incorporated. We were under the umbrella of NYFA so we could apply for grants through them, which gave us a year to get a history for the IRS to see what we were doing and how we were doing it. The lawyer said if you can wait and it doesn’t prevent you from getting major funding, you’ll have a much better chance of not having any problems with them approving you.

Why did you decide to discontinue working under the sponsorship of NYFA?

Because there are some grants that won’t allow you to apply through a sponsor, and it limited us. We were like, there’s no reason not to, except for the hassle of doing the paperwork.

How did you go about creating your company and board?

It’s been very grassroots from the beginning. I think what’s great about us is that it was just started by Emilie and myself, and then people who became involved in the productions believed in the production value we put forth as a very small company, which is why I wanted to start it.

I had been burned very badly by some producers and had been unhappy with some other situations. If you’re going to be doing indie theater, you’ve got to treat your people right. If you’re not valued as an artist, why are we doing it? All of the people who have worked with us, are like, ‘I know you can’t pay me, but we’re doing good work, and it’ll help me somewhere else.’ Most of the people that have been in our plays before have come back to help or audition again, so the people for our board have either been in a few plays or are theater supporters in the financial world. We try to keep it balanced so that we’re getting the perspective of our audience as well as from the artistic side.

Do you work with a publicist?

We started to last year. Katie Rosen with Kampfire PR and Marketing did it for us.

Did you notice a difference?

Yeah, but I think it’s also going to take some time. Like any relationship, you see what works for them and what works for you and it takes a little while. For the +30NYC production there were a lot of pieces that didn’t fall into place until much later on which was frustrating for Katie because she was like, ‘I can’t publicize it if you don’t tell me what it is!’ (laughing) But I mean, she got the word out there in a very short amount of time which we couldn’t have done with all the other things that we were trying to do, so Katie did a great job, and I’m looking forward to working with her.

Do you accept submissions?

Absolutely, the information is on our website. We read them all, good and bad, and there are a lot of bad ones but we’ll read them. Last year, we all kind of split them up, and were like, ‘ Ok, these are the two that we liked the best,’ and then everybody read those two. Then we conversed about the pluses and minuses of them - the cast size, the things that they would need, and all the different things that go into the budget for a show, but most importantly, is it right for the company mission-wise? In terms of the casting process, we do open EPA’s and we also do accept submissions of head shots. We don’t do open calls. Last fall, we had six to eight hundred submissions and out of those, we called in two hundred people and had them read sides.

The Red Fern Theatre Company's upcoming world premiere of Good Egg by Dorothy Fortenberry will be performed October 21 – November 7, 2010, at the LABA Theater located at the 14th Street Y at 344 East 14th Street between First and Second Avenues. Tickets are $25 and may be purchased by here or by calling 212-352-3101.