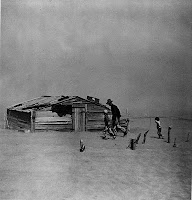 "...Our emphasis has been on certain things and maybe we should shift priorities, and here were these birds, making room for the newly-landed..."


How did you start in the theater?

My father was a Broadway stage manager and he stage-managed thirteen Broadway plays, so I grew up in it. My mother was an actress and her father founded a theater in Kansas City called Resident Theatre, which some people still remember. My uncle worked for the Shuberts, so it was everywhere around me. I went to Carnegie Mellon and studied theater as an actress, and then transferred to Suny Purchase after being asked to leave Carnegie, when I decided to do an off-Broadway show that I thought would run only for the summer, but it ran for six months. It was at the Eden Theater which is now a cinema at Second Avenue and Twelfth Street. It was a three thousand seat theater. So then, skipping like fifteen years of working as an actress all around the country, mostly the east coast, I did some film work, blah, blah, blah.

Were you happy with that?

To a point. I was successful at it, and then I decided that all the plays that I was lucky enough to be cast in meant absolutely nothing to me, and I decided to quit. I was actually in a show in New York and gave two weeks notice. I had no idea what I was going to do with my life. A couple weeks later, these people asked me if I had a voice tape they could buy. They had a school in Paris. I sent it to them, and they called me up a couple months later out of the blue saying, “we’ve been using your voice tape for our students and not only are their voices getting better, but they’re becoming better human beings!” (laughing) So they asked me to come to Paris to teach a one-week workshop and I agreed.

Had you been to Paris before?

Yes. My husband is an actor and he was rehearsing Peter Brooks’ Mahabarata with Georges Corraface in Paris, so I had been there, but it was always for his stuff. So there I was in Paris for the first time for my stuff, and the last day of the workshop, the agency that funded me being there, invited me to come back and said, “What you’re doing, nobody’s doing. Please come back. You can have thirty actors for six months, five days a week, for six hours. Are you interested?” I went around the corner, and thought, “Oh shit. Did I just get a job in Paris?” And sure enough, I had. So that summer, I decided I was going to write a piece about Palestinian and Israeli women.

I was with my husband in Jerusalem. First of all, my mother had smuggled guns for Irgun terrorist organization that wanted to create the state of Israel in ’47, and I had grown up with a complete mindset of Arabs being a certain way. I was brainwashed. So when I went to Israel, I found the complete opposite to be true, to my shock and horror.

So we were outside of Jerusalem and my husband and I got lost. We thought if we can follow this aqueduct up, it must lead to Jerusalem because it was built by the Romans, of course it’s going to lead to Jerusalem. We came upon this guy who was literally pissing in his own backyard. And we were like, “Oh, excuse me! I’m sorry! I’m sorry!” and he invited us into his house and it turns out that he was Palestinian. He was living in his garden shed. The IDF, (the Israeli Defense Force) had kicked him out of his house with his family because his two sons had been to one meeting each of the PLO. I listened to his story for hours, and then came back and retold this great adventure to everyone in the theater. My husband was doing Peter Brooks’ Carmen at the Israel festival in Jerusalem and they were horrified. They were like, “What?! You went into a Palestinian household?! You could have been killed!” That’s what fed me to write this piece, and it ended up touring for five years. It’s just about to be published.

So, I wrote the piece in 1988/89 and it was done at La Mama in 1989. This was the first time with Palestinians and Israelis actors on the stage at the same time ever. Then we went to the Glasgow 1990 Festival and got invited to go back to Scotland the next year, and we did a four city tour of Scotland. When we came back, we did it at a place called Home which is now Here, and then we toured as part of National Performance Network. We toured the play until 1993 and now it’s finally being published by the University of Nebraska. So that’s my background. I want to say that although I grew up in the theater and was trained and worked professionally as an actor, I had absolutely no training as a playwright or director at all, except that I had it in my blood somehow. So I did Pushing Through for five years.

Yeah, I produced it for five years. So, when we were in Scotland, somebody says to me you should write a play about Scotland so I ended up writing my second play called The Homecoming Project which was about greed and real estate in Scotland and the Highland Clearances. It ended up having a five week residency at the Columbia Festival of the Arts with professional actors and sixty people from the community and unbeknownst to me, Columbia Maryland was created by the Rouse Corporation – a totally created town in the early sixties. The creation of Columbia, Maryland mirrored - unbeknownst to me when I was writing the play - what the play was about. They basically connived all the farmers by very devious means to sell their land. One of the lawyers that worked for the Rouse Corporation who had gone farm to farm was actually in the play (laughing), and actually put up two of the Scottish actors.
So that was the second piece and then I decided I wanted to see how other directors do their work.

You direct your own work then?

Yes. I got a gig as part of the directors attachment to the Bristol Old Vic in England and then, for many, many years, I was directing other works in British Equity Theater, and that was a very different experience. I then ended up writing a play called Legacy which ended up at the Old Vic and I brought some people from Voice Theater to work with the English actors. Then the European Commission awarded us a huge grant to take it to Germany and France. This is now between ’97 and ’98. Then in 2000, I directed a whole lot of other plays, and I was hired a lot in Europe to direct American plays. But Legacy was about the rescue of a Jewish family in Berlin in 1939. It was taken from some family history that I found out about. Then I came back to America in 2000 and started teaching acting in several different schools. A whole bunch of other plays were written that I’m going to skip over.

I was hired as a guest artist in several universities to create some of these plays and skipping to now, in a weird way, I’m sort of right back where I was in 1989, writing and directing and producing. After all this experience, I’m back to making my own props. I’m back to not having an equity stage manager. The only thing I should mention is that Legacy, the play that I wrote in Bristow, looks like it’s going to open a theater in Detroit in 2011. So that’s my background. I’ve directed over thirty productions and Birds on a Wire is my tenth full-length play.

When did you start writing Birds on a Wire?

I started writing Birds on a Wire when I was directing Sleuth two years ago in Detroit. I was sitting at a traffic light at Fourteenth Mile, and I looked up, and there was a telephone wire with a lot of birds in between two poles. I noticed that when one bird would land on the wire, all the other birds would move to accommodate that one bird. And then by the other pole, if one bird would land, all the other birds would move to accommodate that newly-landed bird. It was during the Obama campaign and I thought, wow, those birds really know how to work together. They really know how to make space. That’s the natural order of things. And Obama, at the same time, was talking about how we need to learn a new way. Our emphasis has been on certain things and maybe we should shift priorities, and here were these birds, making room for the newly-landed.

Two years before that, I was directing Measure for Measure in Abilene, Texas, and I had a big experience there, and I got to know a lot of the locals. I became very interested in the history of Texas. Then, I read a book called The Worst Hard Times which talked about the Dust Bowl and I was hooked. So, Birds on a Wire is about a family who has an unbelievable amount of resilience to stay. The Grapes of Wrath was about people who left, which was actually only about one third of the people in the Dust Bowl. The Dust Bowl was the greatest ecological disaster to hit this country ever, and because of certain government programs that were instituted, two-thirds of the people from Montana down to Texas, survived. If those programs hadn’t been instituted by our government, if market forces had been left to quake on their own, that would have been a Sahara Desert. There would have been no way for the land to come back.

So I wrote this play about redemption and forgiveness and also, interestingly enough, foreclosure because this family is facing foreclosure on their farm. This family is learning how to forgive each other and the community comes to the aid of this family in their most dire hour, even when the family has cared very little to do anything for their community. So again, this whole thing of this community organizer/activist being our president, and this way that we have to focus now, in terms of national health care, of taking care of each other, of being accountable, of being responsible for what kind of culture or what kind of society we have, and that’s what, by no doing of their own, that’s what this family is given. They certainly in a funny way, don’t even deserve in, but they are given it.